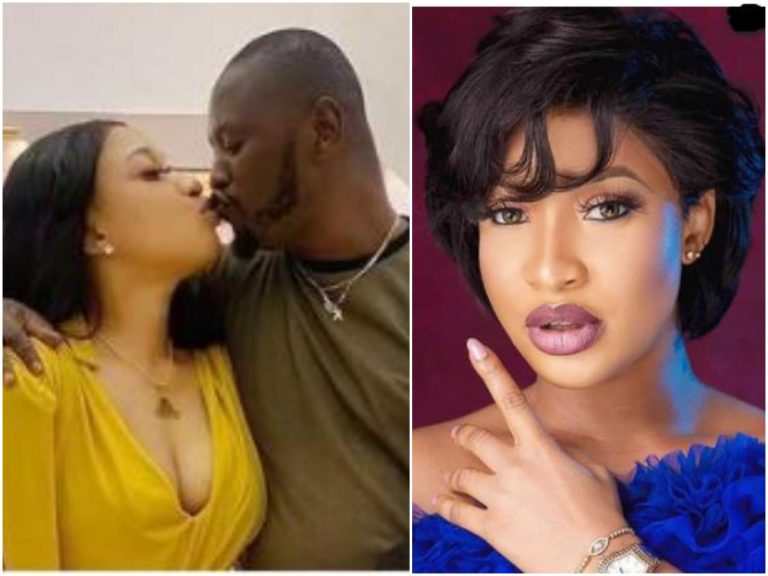 The Police Force CID has arrested the former lover of Nollywood actress, Tonto Dikeh, Prince Kpokpogri for having a public altercation with her at a hotel car park over a Lexus SUV.

According to the reports, Prince Kpokpogri had traced the Lexus SUV to the parking lot of Nicon hotel in Abuja where the actress was lodged and he jammed the tyres of the car and used a white car to block the Lexus from being moved.

He also reportedly threatened to shoot the actress and female staff of the hotel who tried to intervene with his police escort.

The management of the hotel in retaliation locked the wheels of the white car he used in blocking the Lexus SUV: 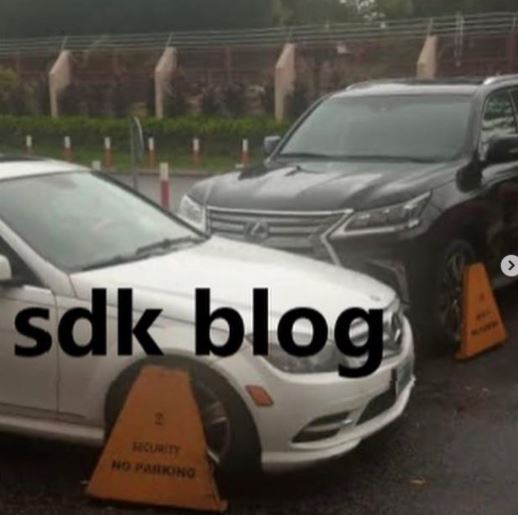 However, the actress and Prince Kpokpogri were summoned to the Police Force CID Headquarters where they wereboth made to answer to questions until about 8pm.

Prince Kpokpogri and his two Police aides were reportedly arrested for harassment after the questioning.

Replying to a fan who questioned her actions over the recent events, the mother of one explained that Prince Kpokpogri must pay back all her money and answer for threatening her life with a gun.

In her own words;

”Or Pay back all the money he owes me, he needs to answer for putting a gun to my head (Attempted murder). Threatening my life and the possession of over 30 illegally recorded sex tape..

“A 2017 refurbished Lexus isn’t the /My issue. I drive a Bentley, i have a maybach on the way, i have a G-wagon, i have a Lexus car and a Mercedes van.” 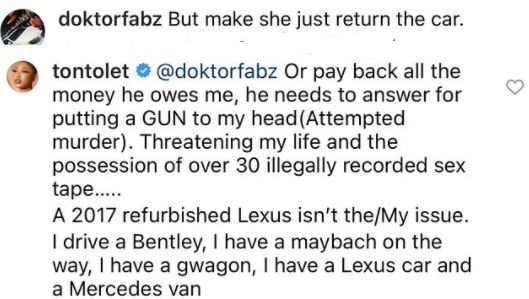 Driver Who Stripped Naked, Dragged LASTMA Official About To Be Prosecuted