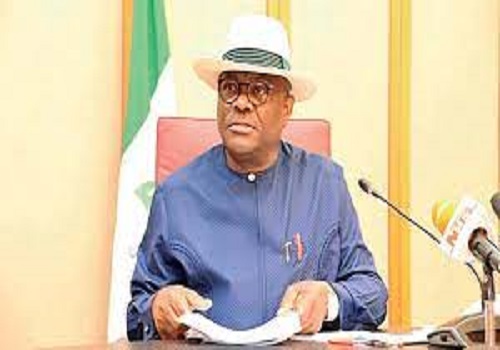 Rivers State is the best performing and most financially viable state in Nigeria today in terms of fiscal performance.

A report by BudgIT, a highly respected Non-Governmental Organisation (NGO) which focuses on fiscal performances of both federal and state governments in the country, listed Rivers State at the top position, ahead of four other states, namely: Lagos, Anambra, Ebonyi and Kebbi, in the fiscal performance ranking of states for 2020/2021.

According to the BudgIT annual report on the state of States, released on Monday, September 27, 2021, Rivers State, once again, topped the overall 2021 Fiscal Performance Ranking, indicating that “the fiscal fundamentals of this state, compared to others in the country, are more prudently managed”.

To put the ranking in its proper context and perspective, it is important to note that BudgIT, is a civic-tech organisation leading the advocacy for transparency and accountability in Nigeria and three other African countries and it has launched the 2020 edition of its annual States of States report entitled: “Fiscal Options for Building Back Better.”

This report is BudgIT’s signature analysis that provides citizens, CSOs, stakeholders and policymakers with robust insights on ways to implement financial and institutional reforms that will improve states’ fiscal performance and sustainability levels.

Gabriel Okeowo, CEO, BudgIT, shedding more light on how the ranking was derived, said that ‘for this year’s report, the organization examined states’ fiscal health using four metrics namely; the ability of states to meet their operating expenses with IGR and VAT, states’ ability to cover their operating expenses and loan repayment with their total revenue, how much fiscal room states have to borrow more, and the degree to which each state prioritizes capital expenditure with respect to their operating expenses.”

The nitty gritty of the report as it concerns the excellent fiscal performance of Rivers State under the pragmatic leadership of Governor Nyesom Wike, highlights the critical areas that the State exhibited astute prudential management to include the following:

The overwhelming import of this impeccable report is that Rivers State, under the brilliant financial management of Governor Wike, has once again emerged as the best prudently managed state in the country.

Ironically, some self styled leadership experts had gone to town with concocted and outdated figures allegedly from the Debt Management Office( DMO), to claim that Rivers State was the second most indebted state in the country.

This unpatriotic, shameful and loquacious attempt to de-market the State for cheap political recognition and tokenist gains, was a very desperate attempt at misleading the people with misinformation.

This was soon debunked by the DMO, the very establishment they alluded their misleading information to, which published the comprehensive debt profile of all the states and the Federal Government and confirmed that Rivers State was not even amongst the first 10 most indebted states in the country.

This annual report has once again exposed the pernicious misinformation being peddled by the fake analysts who would deliberately prefer to turn a blind eye to the massive infrastructural development and the astute acumen with which Governor Wike is managing the State’s resources, especially at a time when the global economy has been devastated by the COVID-19 pandemic.

It is on record that for every project which the Governor Wike’s administration has embarked; Flyovers, dual carriage highways, educational institutions campuses, healthcare facilities, agriculture, housing, sandfilling and reclamation of vast swathes of land in riverine communities across the length and breath of the state, there has always been a structured payment schedule to ensure that no project is delayed as a result of funding constraints.

Even those projects for which loan facilities have been sourced to execute, like the recently approved N25billion (Twenty Five Billion Naira) loan from Zenith Bank for the funding of the Oyigbo-Afam Road, Chokocho-Igbodo Road, the tenth flyover in Port Harcourt and other projects, a servicing and loan repayment schedule which has ensured that the loan would be repaid within eighteen months from the State Internally Generated Revenue (IGR), has already been put in place.

Indeed, the most impressive aspect of Governor Wike’s fiscal prudence is the fact that funds are clearly appropriated to defined and verifiable projects like the Nabo Graham-Douglas Campus of the Nigerian Law School at Rumueme, Port Harcourt, the Chokocho-Igbodo Road in Etche Local Government Area, the Oyigbo-Afam Road in Oyigbo Local Government Area,bamongst others, which have been earmarked for the recent N25 billion.

Governor Wike has also been at the forefront of monitoring the pace of construction and implementation of these projects, with his hands-on, pragmatic, often spontaneous on-the-spot assessment and verification visits to project sites, to ensure that they are delivered to specifications and within the time frame stipulated for the projects.

It has therefore come as little or no surprise at all that the State has come out tops in the BudgIT fiscal perfomance ranking of states for 2021. The reason for this is simple; Governor Wike’s midas touch in fiscal acumen and the strategic prudential discipline which had been the hallmark in the management of the states financial resources, is unparalleled and yielding fantastic reports.

Governor Wike has always sounded it loud and clear that he has no reason to be shuttling to Abuja, cap in hand, to go and beg for funds like some administrators do. He has left no one in doubt since he assumed office in May 2015, that he is not a lazy leader, but is well aware of his avowed pledge and commitment, both in actions and comments, and he is very determined not leave any debt behind for the incoming administration in the state.

Indeed, for a leader who has also kept faith with his pledge to Rivers people of his commitment not to leave any abandoned project behind for the next administration, as well as his promise to make sure that he delivers legacy projects to every local government area in the state, the obvious conclusion to be made is that Rivers State will continue to excel in its fiscal perfomance till the end of the tenure of the Governor Wike’s administration.