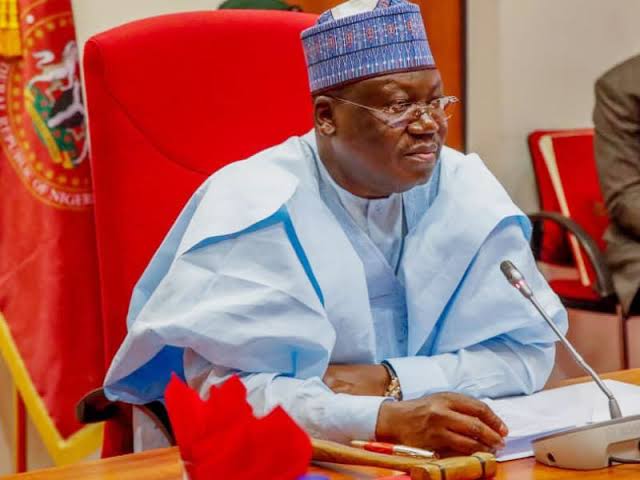 ABUJA____The Senate yesterday rejected the report of its Committee on Drugs and Narcotics when it uncovered the document that illegally contains N4.5 billion meant for the construction of Police barracks in the 2022 budget for the National Drug Law Enforcement Agency, NDLEA.

Presenting the report to the Committee on Appropriations, the Chairman of the Senate Committee on Drugs and Narcotic, Senator Hezekiah Dimka, All Progressives Congress, APC, Plateau Central said that the

his Committee uncovered the anomaly in the course of scrutinizing the budget document presented to it by the Ministry of Finance and quickly raised the alarm.

Consequently, Senator Barau Jibrin, APC, Kano North led Committee on Appropriation turned down the report on the budget for NDLEA and asked the Committee to go and correct the padded N4.5billion.

The N4.5 billion padding in the budget for NDLEA came after the Senate Committee on Environment chaired by former Deputy President of the Senate, Senator Ike Ekweremadu discovered how a whopping sum of N16 was inserted in the proposed in the 2022 Appropriation Bill for the repayment of the Nigeria Erosion and Watershed Management Project, NEWMAP.

Meanwhile, Ekweremadu has explained why the Committee Questioned N16B Erosion Management loan repayment, saying that the Senate Committee on Environment identified and questioned the N16 billion proposed in the 2022 Appropriation Bill for the repayment of the Nigeria Erosion and Watershed Management Project, NEWMAP, as the loan was still covered by a 10-year moratorium expiring in 2023.

According to Ekweremadu, the loan ought to be serviced by various state governments, which utilised them, not the Federal Government, just as he said that if for any reason the Federal government wants to repay the loan, such should be provided for in the service-wide vote, not in the budgets of Ministries, Departments, and Agencies, MDAs.

The former Deputy President of the Senate said, “As I said, there was N6 billion in the Environment budget for the servicing of a multilateral loan regarding erosion control, a project called NEWMAP.

In a statement yesterday by his Media Adviser, Uche Anichukwu, Ekweremadu said, “Regrettably, about N1.5 billion of it was released to Environment and later the Ministry of Finance wrote, saying it was a mistake, that it was supposed to be part of the service-wide vote for the serving of loans. That money was taken back to the Ministry of Finance.

“Surprisingly, in the 2022 Appropriation Bill, there is a N16 billion allocation for the same reason in the Ministry of Environment.

“There is a directive from the leadership of the National Assembly that Committees should not tamper with monies provided for multilateral loans.

“But we in the Committee on Environment decided to find out what this N16 billion is all about, especially with our experience with the N6 billion of last year. So, we invited the Ministry to throw more light on the N16 provision for NEWMAP loan repayment. They now stated that the N16 billion was not in the Ministry’s envelope when they received the envelope. They only saw the N16 billion when the Appropriation Bill was submitted to the National Assembly.

“We also found out that the loan for NEWMAP has a 10-year moratorium, which ends in 2023. So, there was no need for any provision for it at this time.

“We equally found out that about 21 states are beneficiaries of the NEWMAP project and it is their responsibility to repay the loan, not the Federal Government.

“And importantly, if there is any reason for the Federal Government to repay, that should be in the service-wide votes, not in the respective budgets of the MDAs. It is wrong and untidy.”

On efforts to tackle desertification, erosion, and climate change, Ekweremadu said that the Great Green Wall, and agency under the Ministry of Environment and the Forest Institute, Ibadan, were dealing with the issue through massive tree-planting programmes.

He said, “We have the Great Green Wall that carters for the planting of trees in the 11 states of the North where we have issues of desertification.

“There are also monies from multilateral agencies. But there is also the Forest Institute in Ibadan helping to plant trees as well to deal with the issue of climate change. Remember that we still have gully erosion and coastal erosion in the South. So, the Forest Institute is expected to be dealing with those. That means that trees are being planted across the country by these agencies in response to these environmental challenges.

“The bulk of the fight against desertification is coming from the Great Green Wall, which is an agency of the Federal Ministry of Environment. So, they have enough money. But this money is completely outside the budgetary provisions. Some of it comes from the Federal Government directly, which is mainly from the 3 per cent Ecological Fund.

“Therefore, between the Forest Institute and the Great Green Wall, they are doing well in tree planting. The states that are benefitting from the Great Green Wall activities are all in the North. Those are the states around the desert, namely, Jigawa, Sokoto, Borno, Kano, etc.”

On international conventions on climate change, Ekweremadu, who is also a member of the Paris-based Climate Parliament said: “We are now more determined to ensure that we roll back the issues of climate change.

“We have submitted our nationally determined contribution, which are things we need to do to ensure that we are able to meet up the requirement of the Paris Agreement on carbon emission.

“Besides, Nigeria has also launched its own energy transition programme, to move from the usual fossil energy to the green energy.

“Tragically, even though Africa is the continent most affected by emission, we are the one that emits the lowest.

“However, with the Green Grid Initiative, which was launched at COP26 in Glasgow, Africa will contribute using the enormous sunlight and then we will also benefit more because we are going to have sufficient energy to power the various countries. So, the issue of energy sufficiency would be settled in Africa with this Initiative”.

Fani-Kayode Narrates Experience At EFCC Office As He Regains Freedom