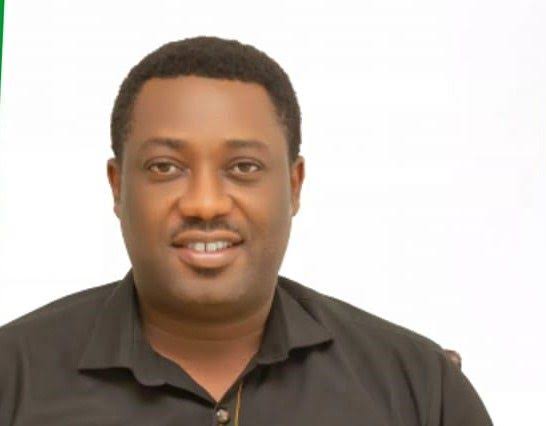 The embattled chairman of Mkpat Enin Local Council of Akwa Ibom Mr Aniekpon Ekpo has blamed some political stakeholders including a former commissioner from the area for his ordeals in the hands of his councillors.

Ekpo was recently summoned before Akwa Ibom State House of Assembly on several allegations including mismanagement of funds.

Speaking to newsmen in Uyo, the chairman said some political bigwigs in the area were persecuting him because they perceived him as somebody working against their Senatorial ambition.

” All the allegations against me before the House of Assembly were false. The generator and the grader were taken out for repairs. But the enemies said those property of the council were stolen. How can I being Executive Chairman commit such offence?” The chairman queried.

He explained that three weeks after he was sworn in as chairman of the council, a former Commissioner in the area requested him to join campaign team for his Senatorial ambition in 2023.

He said when he told him that the governor must give instructions before he could support anybody, the ambitious aspirant misconstrued it to mean that he was not supporting his Senatorial ambition.

It would be recalled that 10 out of the 15 councillors in the area had in a petition to the State Assembly Committee on Local Government And Chieftaincy Affairs urged them to approve impeachment of the Chairman as his offences were contrary to local government administration laws of the state .

They had insisted that out of over N2m generated from the council monthly, the chairman has not accounted for any and urged the House of Assembly to ratify the impeachment process after its findings.

One of the councillors who pleaded anonymity said trouble started in the council immediately the chairman won PDP ticket to contest the chairmanship position in the local government as he embarked on borrowing spree from banks and individuals.

“This guy ( the chairman) has gone round collecting so much money to squander, so he was owing individuals and banks about 20million naira . He began collecting this monies immediately he won primaries election . “

“So when Governor Emmanuel was presented with the file of so much money he is owing people, Governor Udom felt if he is impeached, he won’t pay his debtors because Governor told him openly that he deserve impeachment.”

House Speaker Barr Aniekan Bassey after quizzing the council boss in their sessions ordered the chairman to returned the council property immediately while investigation continued in the Hallow Chambers.

Newsmen gathered that the embattled chairman had returned all the items allegedly taken away by the chairman in compliance with House of Assembly directive .

Gov. Udom to Ex-President GEJ: Nigeria’s economy was better under your watch