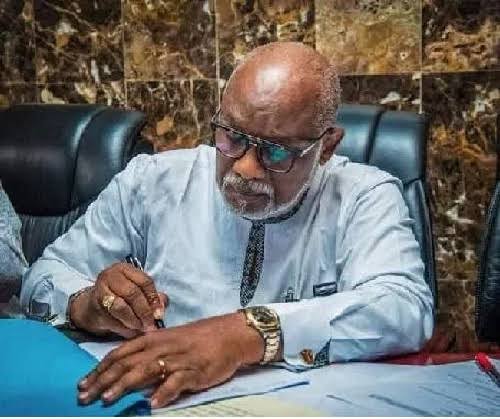 Barring any last minute intervention, lawyers in the Ondo State Ministry of Justice will embark on another strike action. Last year, the lawyers were on strike for more than one month. This second strike is to drive home their demands which have not been met, one year after the first.

The major bone of contention is the conditions of service, which the lawyers refer to as deplorable and inhuman. Dressing allowances have not been paid since Akeredolu entered the saddle. No official vehicles to convey lawyers to Courts in discharge of their duties. No office spaces, and the Library is not equipped at all. The last time books were bought was under the PDP administration of Dr. Olusegun Agagu. No toilets and other facilities that can make the lawyers feel that, they work for a responsible government. Almost everything is totally grounded. All these demands were made public when the lawyers adorned the toga of “aluta” to get Mr. Rotimi Akeredolu, who himself is a Senior Advocate of Nigeria to do something meaningful to improve the conditions of these civil servants. But, as it has turned out, the lawyers were merely talking to themselves, not the Governor.

Part of the reasons ascribed to why the immediate past Attorney General and Commissioner for Justice, Mr. Kola Olawoye was unceremoniously sacked last year, was his perceived inability to build bridges between the Governor and the lawyers. Not many persons knew why Olawoye was not even given the opportunity to be told that his services were no longer needed. He heard the news of his sack on his car radio, on his way to the office.

Olawoye had politely advised Mr. Governor that appointing Professor Alero Akeredolu, the wife of his younger brother as High Court Judge in Ondo State may offend the sensibility of the people, especially when his biological sister Esther had just been nominated to fill the Ondo State slot of Federal Capital Territory, High Court Judge. Why did he not nominate Alero to the more obscure FCT appointment?

The rest is now history. Sir Charles Titiloye, who was willing to do Akeredolu’s bidding in the State Judicial Commission as Attorney General was brought in. Alero was sworn in as a Judge in Ondo State on 16th September, 2021. She became the first female professor of Law to be appointed into the bench in Nigeria.

The people of Ondo State are on the fifth layer of Akeredolu’s priorities. The first layer is, himself, his wife, Betty and children. The second is extended family of brothers, their wives and children. The third layer are indigenes of Owo Local Government. The fourth are members of Team Aketi, the people of Ondo State, who call him their Governor are on the last layer. Anything that affects the people will be treated last. This is basically why Ondo State has been on autopilot. Akeredolu has not made any pretence about his priorities.

For those who are familiar with Akeredolu’s antecedents, there is nothing strange about this behaviour. During his tenure as National President of Nigeria Bar Association, some members of his Executive Committee accused him of awarding juicy contracts to AKT Ventures LTD RC No: 104097, a company in which he himself, his wife, son and brothers were Directors. The contracts were not only absent in the budget of the Association, but Akeredolu went ahead to pay for the contract sums in full. More than half of all local Branches of NBA in the country, moved from one crisis to another under his watch, just like Ondo State is experiencing.

As Attorney General and Commissioner for Justice in Ondo State, under the Military Government, the white paper on the Panel of Enquiry to look into all contracts between 1995- 2000 indicted Akeredolu with a 25 year ban on him from holding any public office. The 25-year ban was swept under the carpet as soon as Akeredolu was sworn in as Governor with submission that, the panel of Enquiry was not a competent court of law that can make pronouncements over allegations on corruption. The shame was veiled with legal technicalities. The bottom line was that, his performance in office was woeful. We do not expect anything better from Akeredolu.

It is pathetic that, Akeredolu’s primary constituency, which is the judiciary is in this mess. What legacies does he want to leave behind? He still has some little time left in his hands to retrace his steps. A word should be enough for the wise.

This series will continue shortly.

Related Topics:AKEREDOLU'S MISRULE IN ONDO STATE (3): THE ROT IN THE MINISTRY OF JUSTICE
Up Next