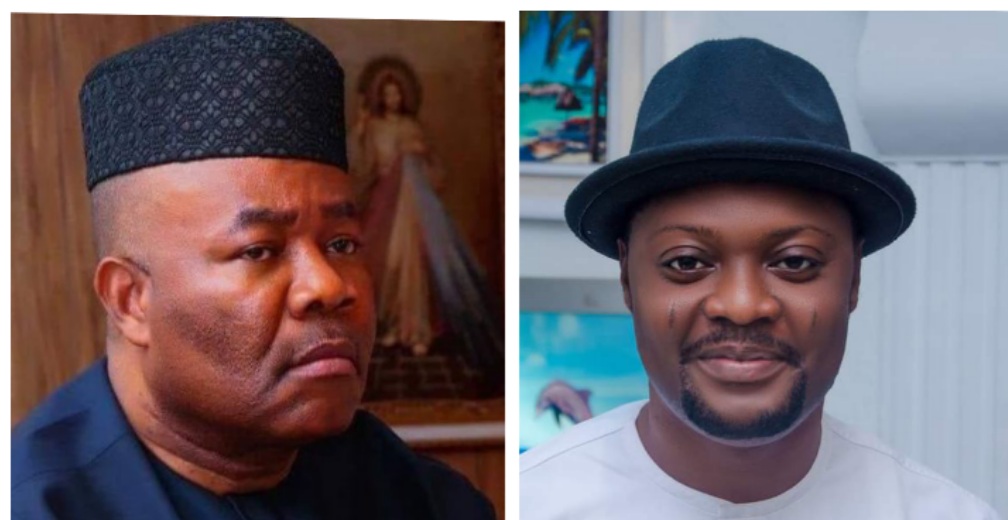 Niger Delta group known as Izanzan Intellectual Camp talked to the reporter of TrackNews Online on a vital issue of the Niger Delta specifically in the Niger Delta Development Commission NDDC interim board.

It is becoming glaring that the atmosphere in the region is getting charged as most major IOC’S operating in the Niger Delta are planning to exit or already having dwindling production in the region as the region is no longer conducive for operations following the continual agitations of host communities.

The 001 of the group Amb. Arerebo Salaco Yerinmene who spoke to our correspondent in a telephone conversation said, most of Akpabio’s gimmicks over the NDDC board issue is adding to fuel the already battered discord between the multi nationals and the oil producing communities.

He stated that, Abuja should not be carried away and be sharing the goodies and mouth watering stories from Godswill Obot Akpabio. It is to be reiterated that the silent damages been caused to multi-nationals in their respective host communities which if not quickly attended to might majorly affect the entire country economy.

While, Agip Oil company is at the hem of collapse follwoing the reduction of production per day. Chevron is shaking tremulously, Shell is barely surviving and even threatening to exit Nigeria.

There are many other factors but Indisputably, the main reasons has to do with communal challenges. Before now, the NDDC board members of various states were playing major roles in relationship between the host communities and multi-nationals. Akpabio who is saddle with this primary responsibility do not even consider it as part of NDDC responsibilities to create enabling environment for the multi national companies to operate.

He further made a submission that, Convincingly, Akpabio has failed woefully because he is only interested in the allocation that comes to the commission, which he usually share with his cohorts in Abuja. The oil producing communities too have lost total hope because Akpabio has moved all the activities of the only government agency NDDC around to far away Abuja, leaving the companies that came to do busineses in Nigeria to their fate. Abuja should act fast otherwise one man’s greed will snowball to unimaginable economic chaos to the nation.

NDDC has never been perfect but still far better than now that Akpabio is in charge. It has never been this bad at anytime since the inception of the commission.

Having gone around the Niger Delta region, we can authoritatively say that their are a lot of abandoned oil Wells now in the Niger Delta region and not bcause they can’t produce but due to communal issues that has forced the companies to abandon them but provokingly, People in Abuja keep sharing the commonwealth of the people with Akpabio without doing the right things which caused the oil companies more harm than good as they’re almost at their kneels thus we pity them when they have already invested billions of dollars.

In 2021 alone Nigeria could not meet up their OPEC quota due to poor performance in the oil section, 60% of Agip oil operations are hampered by host communal issues. Instead of addressing the issues, the federal government is allowing Akpabio to fuel the these silent crises the companies are been confronted with on daily bases.

If the presidency continue to fall into the deceiful acts of Akpabio that are huge negative contributory factors to communal challenges, causing unnecessary tension especially with the issue of the constitution of the substantive board, that means in the coming months the multi Nationals might not have no further option than to exit Nigeria as they are reporting already. The signals are not too good because surely it will crumble the Nigeria economy and undoubtedly there will be proliferation of insecurity in the Niger Delta region. Indeed a word is enough for the wise, he added.

Related Topics:"Akpabio's Greed Threatens The Peaceful Existence Of Multi-Nationals In The Niger Delta Region" - IzanzanCamp
Up Next

Why NDDC Board Is Yet To Be Constituted – Senator Akpabio