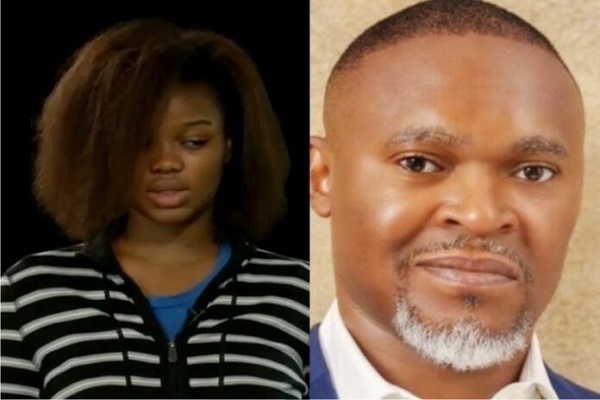 The owner of the rented apartment where Micheal Usifo Ataga, Super TV Chief Executive Officer, was allegedly murdered on Thursday narrated to a Lagos High Court how the body of the victim was discovered.

The owner of the apartment, Nkechi Mogbo, made this known while giving evidence as the first prosecution witness (PW1) in the on-going trial of Chidinma Ojukwu and two others.

Ojukwu, along with her sister, Chioma Egbuchu and one Adedapo Quadri, are standing trial for the alleged murder of the Super TV CEO.

While giving evidence, Mogbo, told the court that she trades in female shoes and operates a self-service apartment.

According to her, the apartment is fully furnished like a normal house with cable TV subscription, a 24-hour power supply and a well equipped kitchen.

Mogbo said that on June 13, at about 4:00p.m., a lady (suspect) called her on phone with a private number and requested for the apartment.

The witness said the lady requested to see the apartment to ensure that the facilities were up to the standard she needed.

Mogbo said that she communicated with the lady through WhatsApp message.

“The payment was made through a Guaranty Trust Bank (GTB) account from one Mr Micheal Usifo, which had a time and date of transfer and my name as recipient.

“The security guard at the apartment handed her the key to the apartment but two days later (June 15th) the lady sent message to my WhatsApp stating that her friend would stay for two more days,” Mogbo said.

The witness also said that on June 16, at about 10a.m. a second payment of N50, 000 for the two extra days was made from the same GTB account.

Mogbo said that when she called her security guard for a different issue, “the security told me that a body was discovered on the ground of the apartment and that the lady left a night before”.

“I panicked when my security guard told me about the body. I tried to contact the lady but couldn’t.

“I sent her a text that the second payment didn’t go through that she should make another payment, just to initiate a conversation with her.

“I got another N50, 000 payment which was made from the same GTB account.

“I tried to lure her to the apartment to come and collect the extra N50,000 but she said I should keep it for another extra two days for her friend,” she said.

The witness said she informed the police about the development at the Maroko Police station.

She narrated how she was taken to Panti police station and how she stayed for seven days in custody so as to help the police to conduct proper investigation.

She also narrated how she could not identify Chidinma Ojukwu when she was brought to the station, adding that it was through the aid of a picture she got from her phone that enabled her to identify the suspect.

The witness said her conversations with the suspect was done through WhatsApp so she printed out the conversations and also sent it as email to the police.

The Prosecutor, Mrs Adeyinka Adeyemi , Director of Public Prosecutions (DPP), who led the witness in evidence, tendered the printed copy of the WhatsApp conversation as evidence.

Counsel to the first defendant, Mr Onwuka Egbu, objected to the admissibility of such document, saying “it is a public document which must be certified before it can be used as evidence”.

However, Egbu, asked for adjournment to enable him study the documents recently served on him.

Egbu requested for more time to enable him prepare for cross examination of the witness.

Justice Adesanya, however, adjourned the case until Nov. 15 for continuation of trial.

The News Agency of Nigeria (NAN) recalls that the three defendants were arraigned on Oct. 12 on a nine count charge preferred against them by the Lagos State Government.

The third defendant, who is the first defendant’s sister, Chioma Egbuchu, is facing the ninth count charge of stealing iPhone 7, belonging to the late Ataga.

In the charge, the defendants were alleged to have conspired amongst themselves and murdered Ataga on June 15, 2021, by stabbing him severally with a knife on his neck and chest.

The duo were also accused of committing forgery by procuring and making bank account statements purported to have been made by the deceased. (NAN)

WATCH VIDEO: How we invaded Justice Odili’s residence, by suspect