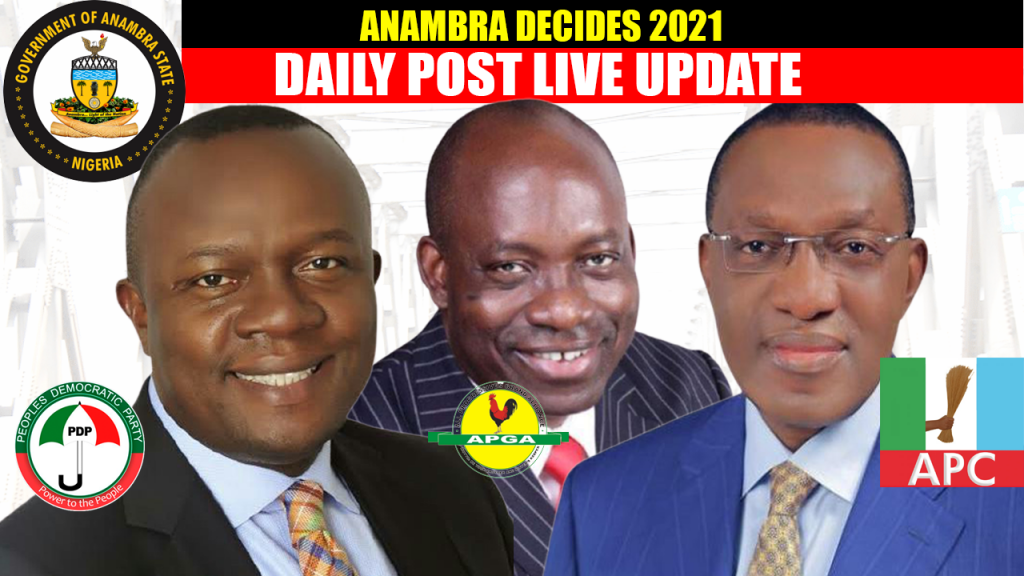 The people of Anambra State will on Saturday, November 6, 2021, decide who takes charge of the affairs of the state for the next four years.

All things being equal, the election will go on despite serious security threats in the South East, especially Anambra State.

Some of the notable political parties set to participate in the governorship election include: A, AA, ADC, APC, APGA
APM, PDP, SDP, YPP and ZLP.

However, the major contenders for the Anambra Government House are the All Progressives Congress, with a sitting Senator, Andy Uba as its flag-bearer. The All Progressives Grand Alliance, the incumbent party, has a former Governor of the Central Bank of Nigeria, CBN, Prof. Charles Soludo as its candidate while the national main opposition party, the Peoples Democratic Party, PDP, has a young and vibrant candidate in the person of Valentine Ozigbo.

This is not to undermine the strengths of Godwin Maduka, candidate of A; Ben Etiaba of the AA; Akachukwu Nwankpo of the ADC; Onyejegbu Okwudili representing the APM; Obinna Uzoh of SDP, Ifeanyi Ubah of the YPP and Obiora Okonkwo, candidate of the ZLP.

There is, however, a serious concern about election apathy majorly because of the recent sit-at-home order issued by the Indigenous People of Biafra, IPOB, and the heavy presence of the police and military, and other security agencies in the state.

However, TrackNews Online will bring you all the results, events and incidents as they happen before, during and after the election live from Anambra State.

Follow this thread until the Independent National Electoral Commission, INEC announces the winner of the election.