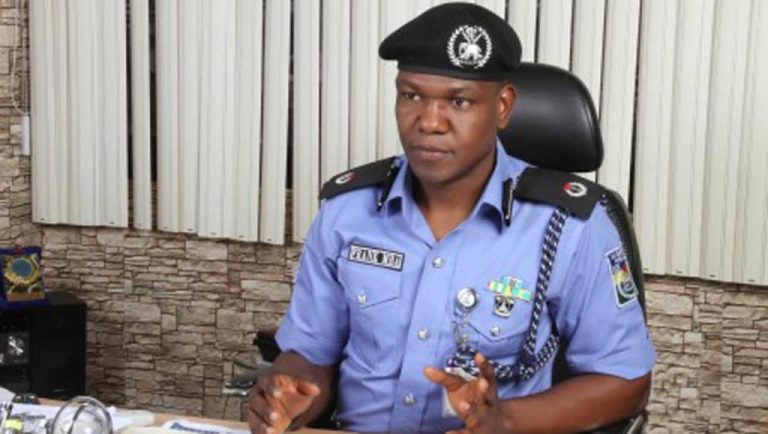 The Nigeria Police Force (NPF) has reacted to the protest embarked on by some officers deployed to Anambra state over the non-payment of their allowances.

Tracknews Online reports that a video of police officers allegedly protesting the non-payment of allowances for their duty in the governorship election in the state have surfaced online.

Following the incident, the Anambra State Police Command denied the viral video, saying that its men were only chanting victory songs in the video.

However, the spokesperson of the Nigeria Police Force (NPF), Frank Mba, said the non-payment of allowances to the 34, 000 police officers deployed to the state was not deliberate, adding that the money is available in the police account.

Mba noted that one of the reasons for the non-payment is that of clerical issues or typographical mistakes that may have happened during the deployment exercise.

The police spokesman stated that over 29,000 of the officers deployed to the state have been paid, noting that they were paid even before the commencement of the election.

He made these known in an interview with reporters at the Centre for Democracy and Development (CDD) situation room in Abuja on Saturday.

He said: “For the first time, we paid the money of personnel even before the commencement of the election,” he said.

“But we understand that there are some who have not received their money. This could be as a result of clerical mistakes in forwarding their details; it could be typographical mistakes.

“It could be any other type of mistake in communication because the way these allowances are worked out is that the contributing commands are supposed to send these details from their respective squadrons if they are members of the police mobile forces or from their respective commands. Apart from that, it has to move from the office of the DPO to the CP’s office and then down to us.

“We are already working on that to find out why these few numbers have not received their money. But the reassuring message here is that we’ve got the money. There is no complaint about the availability of the funds. We’ve got these allowances and it is warehoused in the police account and not with the CBN.”

Mba stated that the Inspector-General of Police has directed that the issues are sorted out immediately and the officers would be paid in due time.

He added: “The Inspector-General of Police has already given directive this afternoon that the field commanders and the strategic managers on ground should compile the names of persons who have not gotten their allowances and get all the necessary details correctly.

“The issue of welfare is very dear to us and this time around, the money being paid to them is an improved version to what was being paid before. Before, they don’t get paid feeding allowance.

“They just pay you your allowance and it is assumed that your allowance would take care of your feeding and accommodation. But this time around, a separate feeding allowance is actually worked out and added.

“These monies are being paid into their account and not over the table so nobody can pilfer with anybody’s money.”

Related Topics:Anambra Election: Police React To Non-Payment Of Allowance To Officers
Up Next