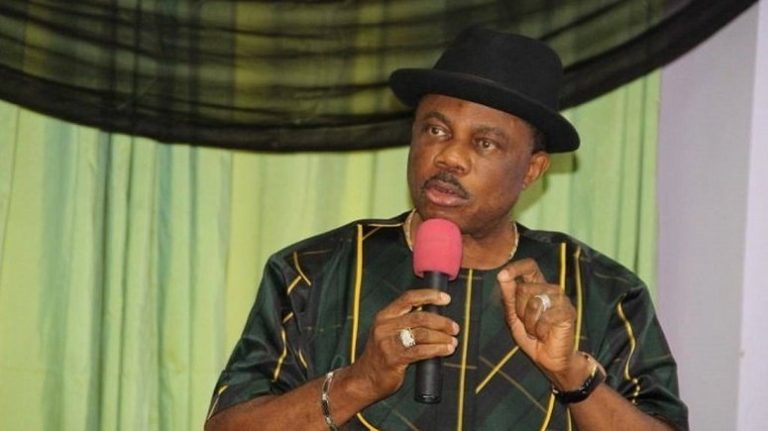 The Governor Willie Obiano-led Anambra State Government has accused an unnamed political party of plotting to arrest its officials ahead of the November 6th governorship election.

A statement by the Anambra State government, signed by the commissioner for Information and Public Enlightenment, C. Don Adinuba, claimed that the plan is to weaken the chances of the All Progressives Grand Alliance (APGA).

The Anambra government stated that in a recent meeting in Awka, the state capital, members of the unnamed political party planned to use instrument of state to carry out their plot, even without the knowledge of the security chiefs.

The government however urged people of the state to go about their normal duties, promising to take necessary steps to conduct a free, fair and hitch-free election.

“The Anambra State Government has received credible intelligence reports about moves by members of a certain political party to use the instrumentality of the state to arrest key officials of the State Government anytime on trumped-up charges, so as to hijack the gubernatorial election holding on Saturday, November 6, 2021,” the statement read.

“One of the meetings was on how to use the coercive apparatus of the state to carry out this plot has just been held in Awka, the Anambra State capital.

“None of the heads of national security agencies is aware of this plot. The desperate politicians want to use certain compromised operatives working without the knowledge, let alone the support, of the national heads of the security agencies to perpetrate this act.”

“This announcement is to bring the evil plans to the knowledge of all Anambra people but also to the attention of all relevant authorities for prompt action.

“All our people are enjoined to go about their normal business while the State Government takes every necessary action to ensure a free, fair and transparent election on Saturday. The elections in the State in the last few years have been very free and fair. We will continue to do everything possible to maintain the new tradition of free and fair polls.”

Related Topics:Anambra Govt Uncovers Plot To Arrest Top Officials Ahead Of Governorship Election
Up Next