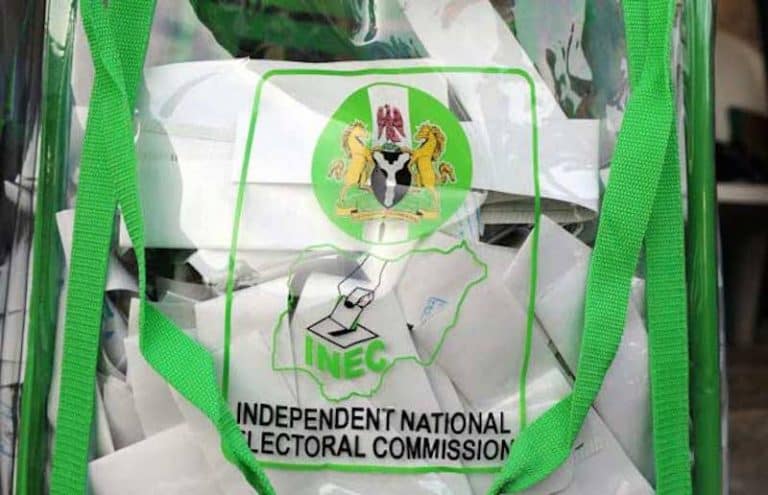 A civil society group, Save Nigeria Movement, has alleged a plot by some staff of the Independent National Electoral Commission, INEC) to rig the forthcoming Anambra State governorship election.

Despite assurance by the Nigerian electoral body, that it is ready to conduct a free and fair election coming Saturday in Anambra, a statement issued today in Abuja by the civil society group alleged that INEC National Commissioner in charge of logistics, Okey Ibeanu, and the INEC Resident Electoral Commissioner (REC), Nwachukwu Orji, were part of the election rigging plot.

The statement issued to newsmen by the SNM convener, Solomon Semaka, further alleged that the state governor, Willie Obiano, is in the plan to disrupt the Saturday polls.

The group expressed concerns that the duo had not been questioned yet over alleged involvement in a $4million bribery scandal as part of the attempt to compromise the Anambra election in favour of the ruling party, All Progressives Grand Alliance.

SNM statement reads: “Based on media reports, we quickly identified the state governor and Prof Okey Ibeanu as those responsible for plans to truncate our democracy.

“Weeks after we called for the sack or suspension of Prof Ibeanu from INEC, it is disheartening to note that he is still in the commission playing very unsavoury roles aimed at compromising the process.

“The attention of the public and indeed all stakeholders is once again drawn to the unprofessional conduct of these officials and the determination to not only skew the process in favour of (Governor) Obiano but use his office to stampede the REC and the LG electoral officers to do his bidding.

“While security agencies and INEC are yet to commence investigation, we demand that such enquiry is begun immediately.”

Tracknews Online reports that the group also called on all NGOs and concerned stakeholders to look into the allegations against INEC officials and to sabotage their plans in compromising the election officers.

“We make these demands believing that appropriate agencies will rise to the occasion and do the needful. A stitch in time saves nine. To be before warned is to be before harmed,” it added.

Meanwhile, another civil group, the International Society for Civil Liberties and Rule of Law had disclosed that there are ongoing manipulations ahead of the November 6 exercise.

The group in a statement attributed to it said, “The Anambra Governorship Poll of Nov 6 2021 has already been rigged, waiting to be perfected on November 6 (date for a crossover).

“The rigging was done by effecting massive uploading of procured PVCs in their tens of thousands, if not hundreds of thousands and having them uploaded and stored at INEC’s secret ICT servers waiting to upload them as “validly cast votes” on Nov 6 Anambra Governorship Poll.

“This was also the case in 2017 when INEC laughably declared that “8,540 voters were accredited but could not vote” and contrary evidence later showed that the number was a leftover of the criminally uploaded procured PVCs that missed being criminally thump-printed or captured as fake thump-printed ballot papers.

“In the case of the November 6 Poll, INEC agents working for the Federal Government Party have long been reported to have perfected both scientific (uploading of procured PVCs as validly cast votes) and manual version of the rigging using PVCs, by clandestinely releasing ballot papers possibly through INEC’s Imo facilities to the hired and quartered thump-printers who were reported to have thump-printed them in secret quarters according to location of polling booths and aggregate number of votes required for the rigging.