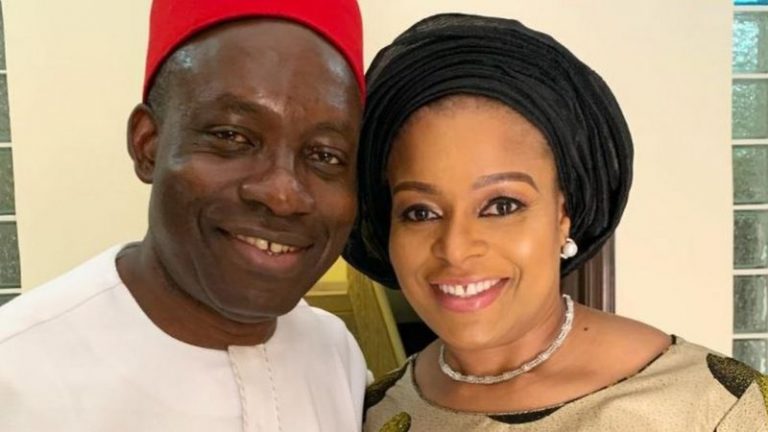 Nonye Soludo is the wife of the Governor-Elect of Anambra state, Charles Chukwuma Soludo, who contested under the All Progressives Grand Alliance (APGA) party.

Mrs Soludo who hails from Aguata LGA of Anambra State was born on July 31, 1970. She is now 51 years old. She is believed to be a niece of the former Minister of Information Dora Akunyili.

Nonye and Charles’ union is blessed with six children. She is said to be the Chief Executive Officer of Healthy Living Foods Ltd which is the parent company of Royal Foods.

She also heads Charles Frances Properties a private real estate agent with an aim to revolutionise the traditional estate agent presence on the high street.

Recall that Charles Chukwuma Soludo, was declared the winner of the Anambra governorship election.

The former Central Bank governor was declared the winner by the Independent National Electoral Commission, INEC.

Naija News reports that Soludo’s victory was announced by the Returning Officer of the Anambra governorship election, Florence Obi.

Soludo emerged winner with 112,229 votes to defeat Valentine Ozigbo of the Peoples Democratic Party, who got 53,807 votes, and Andy Uba of the All Progressives Congress who got 43,285 votes. Senator Ifeanyi Ubah of the Young Progressive Party polled 21,261 votes came fourth.

Related Topics:Biography Of The Incoming First Lady Of Anambra StateNonye Soludo
Up Next