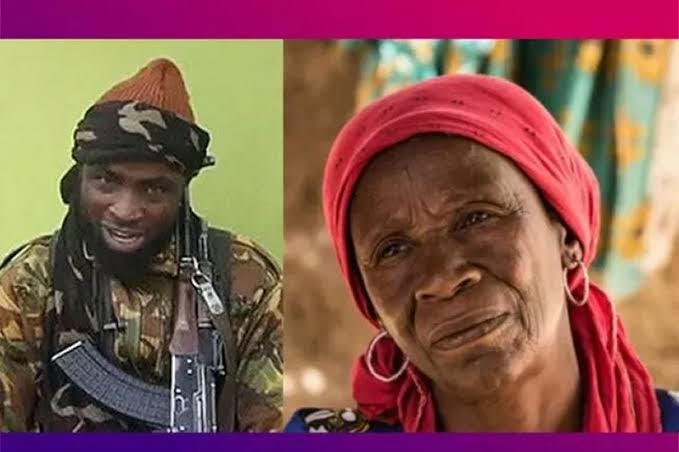 Falmata Abubakar, the mother of the late vicious Boko Haram leader, Abubakar Shekau, said she regretted giving birth to him because he was a tragedy to humanity.

Shekau died in May 2021 after waging a deadly war against the Nigerian state that led to the death of over 100,000 thousand people, displacement of over three million people and destruction of towns, villages, schools, hospitals and other social amenities valued at over $9bn, according to data released by the state, national and international organisations.

Except his village, Shekau’s reign of terror did not spare his kinsmen in Borno and Yobe states; even as pain and agony were inflicted on people in all the states in the North East, North West, North Central and other parts of Nigeria.

This is the first time that Falmata voiced out her reservations about her son since his death.

She spoke in an exclusive interview with Trust TV in her village, Shekau, Yobe State. The full documentary will be aired at 7 pm today and repeated by 10 pm on Channel 164 StarTimes.

It was learnt that since the time he left his ancestral village when he was young, Shekau visited only once during which he said he was there to revert the people to Islam even though they were all born and brought up as Muslims for decades.

The village, located 50 kilometres from Babban Gida, Tarmuwa LGA of Yobe State, is populated by Kanuri, Fulani and Manga who embraced modernity, including sending their children to formal schools which Shekau detested.

“I don’t know if he (Shekau) had any offspring,” his mother told Trust TV.

“I gave birth to him and that is the only and last thing between us. Whether he is alive or not; we have parted ways. I never knew whether he had any offspring. He inflicted severe pain on me. God Almighty will judge between us in the hereafter.”

The district head of Shekau, Malam Lawan Gana, described the late Boko Haram leader as ‘stubborn”; while his uncle, Zannah Sule, described him as a “disaster to us.”

Born in the 70s, Shekau took over from the founder of the group, Mohammed Yusuf in 2009 and was denounced by Islamic State West Africa Province (ISWAP). Before his dethronement, Shekau had sworn allegiance to IS in March 2015.

His dislodgement in 2016 heralded the rise of the relatively young Abu Mus’ab Al-Barnawi (son of Yusuf) as ISWAP leader and at the same time the split of the terrorist group into two factions until when ISWAP fighters engaged Shekau in a fierce battle that led him to kill himself at one of his enclaves at the Sambisa forest.

The US State Department’s Rewards for Justice Programme had placed a bounty of $7m for information that would lead to Shekau’s capture.