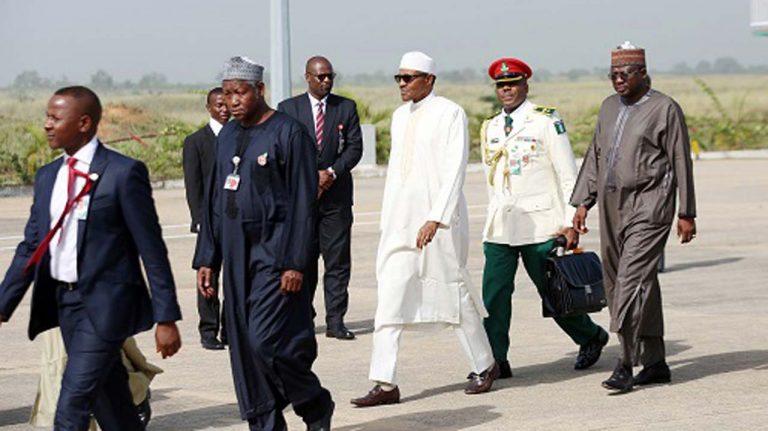 It was gathered that Buhari presidential Jet, a Gulfstream Aerospace GV-SP (G550) with registration number 5N-FGW and serial number 5310 (Mode-S 0640F2) on Tuesday left the Durban International Airport at 10:05am (11:05am South African time).

The president joined other African leaders at the Official Opening Ceremony of the 2nd Intra-African Trade Fair (IATF) 2021 which took place on Monday.

According to the presidency, the event was convened by the African Export-Import Bank (AFREXIM) in collaboration with the African Union Commission (AUC) and the African Continental Free Trade Area (AfCFTA) Secretariat