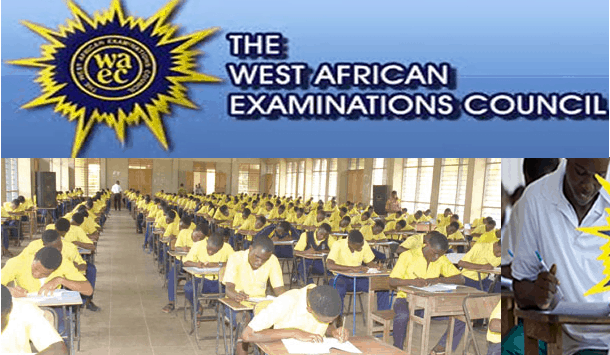 The release was announced on Monday by the Head of Nigeria National Office of WAEC, Mr Patrick Areghan.

The results were released exactly forty-five days after the last paper in the exam which took place across five countries of The Gambia, Ghana, Liberia, Nigeria, and Sierra Leone was written.

He explained that of the total number of candidates that sat for the exam, “One Million, Three Hundred and Ninety-Eight Thousand, Three Hundred and Seventy (1,398,370) candidates, representing 89.62%, obtained credit and above in a minimum of any five (5) subjects (i.e with or without English Language and/ or Mathematics;

“One Million, Two Hundred and Seventy Four Thousand, Seven Hundred and Eighty Four (1,274,784) candidates, representing 81.7%, obtained credits and above in a minimum of five (5) subjects, including English Language and Mathematics.”

Areghan said though many challenges were faced while writing the exam, coordinating and marking the scripts, WAEC must be commended for releasing the results within forty-five days.

He said: “The examination, which was an international one, took place simultaneously throughout the five-member countries of the Council – The Gambia, Ghana, Liberia, Nigeria and Sierra Leone, using the same International Timetable.

“The examination spanned seven weeks, between August 16 and October 8, 2021. Throughout the period, we were faced with serious security challenges in the South East (IPOB and ESN sit-at-home order) and banditry, kidnapping, insurgency, etc, in the north and other parts of the country. All these, coupled with the continuous effect of the COVID-19 Pandemic, made the whole exercise a Herculean one.

“In conducting the examination, we were guided by the various measures/protocols rolled out by the Federal and various State governments, aimed at checking the spread of the Corona Virus Disease. The Coordination of Examiners and Marking of Candidates’ Scripts took place at Eighty-Five (85) traditional and three (3) e-Marking Venues throughout the country. A total of Seventy Seven Thousand, Three Hundred and Sixty-Eight (77,368) Examiners participated in the coordination and marking exercise.

“The examination ended on October 8, 2021, and today, Monday, November 22, 2021 – 45 days after the conduct of the last paper, we are releasing the result! This is a record time, taking into consideration the fact that we lost a week to insecurity, during the marking exercise in the South East, occasioned by the heightened tension before and during the Anambra Gubernatorial election.

“It is, therefore, not true, as you can see, that WAEC delayed the release of the results of the WASSCE (SC) 2021 as is being speculated in some quarters. We have kept to our promise, in spite of all odds. We should be praised rather than being vilified. Nothing can be faster or earlier than what we have done. We do not release results without marking the scripts and processing the scores. We are grateful to the examiners for doing a good job within the stipulated period.

“The examination was also administered to candidates from some schools in the Benin Republic and Cote d’Ivoire, where the Nigeria curriculum for Senior Secondary School is being used. Schools in Equatorial Guinea could not present candidates for the examination due to logistic challenges posed by COVID-19.”

“Out of the total number of candidates that sat the examination in Nigeria, One Million, Two Hundred and Fifty-Six Thousand, Nine Hundred and Ninety (1,256,990) candidates, representing 80.56% have their results fully processed and released while Three Hundred and Three Thousand, Two Hundred and Seventy One (303,271) candidates, representing 19.44% have a few of their subjects still being processed due to some issues being resolved. Efforts are, however, being made to speedily complete the processing to enable all the affected candidates to get their results fully processed and released within the next week.”

To check results, candidates are to log in to the WAEC result checking portal and follow the instructions.

STUDENTS OF UDUSOK CRIES OUT OVER LACK OF PUBLIC TOILETS