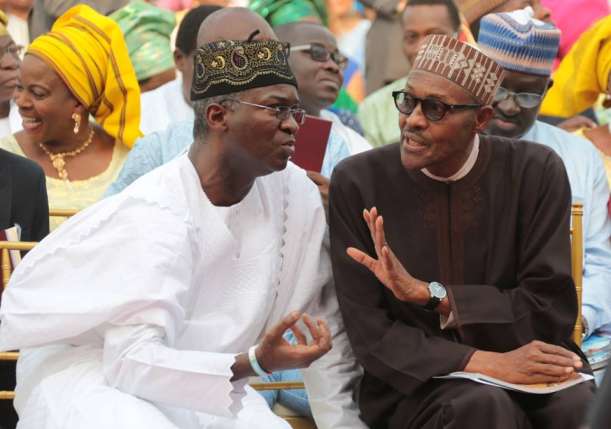 The Minister of Works and Housing, Babatunde Fashola has revealed that President Muhammadu Buhari is not as powerful as he is made out to be.

Tracknews Online reports that the minister made the claim at a Yoruba Tennis Club’s Landmark public lecture.

He stated that some people have often said that the president of the country is very powerful even more than America’s president, revealing that the claim is absolutely not true.

According to the former Lagos governor, the president have limited powers which are subjected to the national Assembly.

He advised Nigerians to get acquainted with the 1999 constitution so they would really understand the limitations to the president’s capability.

He said: “Very often, I hear a general statement that the president of Nigeria is very powerful. Some people say he is more powerful than the President of the United States of America.

“I want a better life and I am sure we all do. I want to say that there is always a flip side to the powers of the president.

“I urge all of us to get a copy of the 1999 Constitution; we can find them online and just read to acquaint yourself, and read one page or two pages a day; perhaps it will help us understand why things are where they are and what can be done.

“This will help us to contextualise some of the over-generalised statements that we have made because they are not reality. So, these powers are not powers running all over the place.

“It seems to me that for a long time we have lived in anticipation that once the president comes, all our lives will be better.

“The heart of matter is why do Nigerians place their hopes and expectations for a better life on their president rather than on their governors and their local government chairmen?

“It seems to me that we have expected the right things from the wrong places. That is why I frame the question: what can the president do for me?’

“What we really have in our country instead of an all-powerful president is a political arrangement of shared powers and responsibilities, and in some cases it is just difficult to cross the line.

“It is actually something we are involved in. It seems to me it is the people of Nigeria rather than one man, the president, who truly have powers and responsibilities over our affairs.’’

Related Topics:Buhari Is Not As Powerful As You Think He Is – Fashola
Up Next

I Stopped Attending Church Because Of Buhari – Femi Adesina