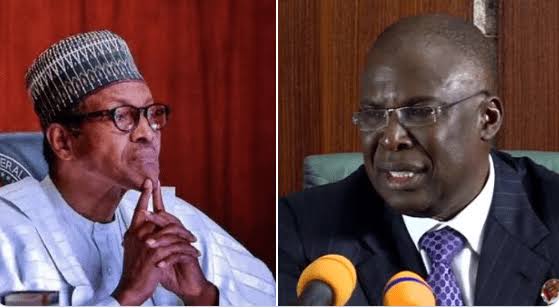 Timipre Sylva, minister of state for petroleum resources, says President Muhammadu Buhari has promised to take action on the current high cooking gas prices as the Yuletide season draws near.

He said the president is aware and concerned about Nigeria’s cooking gas price hike.

Sylva said this on Tuesday while speaking with state house correspondents after a meeting with the president at the presidential villa, Abuja.

The minister explained that the government has no control of the prices, saying it is the international market that primarily determines the price of the commodity.

Sylva, however, assured Nigerians that some elements of the pricing would be adjusted internally to enable a reduction.

“We must understand that cooking gas is not subsidised. It is already a deregulated commodity so the price is not determined by the government or anybody here in Nigeria. In fact, gas prices are determined internationally,” Sylva said.

“But there are some issues around value-added Tax (VAT) charges and other taxes on imported gas, which we are handling.

“But, I want to assure you that we are quite concerned and the president also is very concerned; he is aware that the price of gas is high in the market and we are doing everything to see how we can bring down the price of gas, especially as the yuletide approaches.”

On the transition of cars from the use of petrol to gas, he said the government needed about N6 billion for the procurement of kits to convert the first one million cars as well as to facilitate the procurement of equipment that will enable gas pump stations to come on board.

Speaking on the resurfacing of queues at filling stations in Abuja and other parts of the country, the NMDPRA boss maintained that the queues had nothing to do with any supposed plan by the government to hike the petrol price.

“Basically, what happened is that some of the depot owners selling Premium Motor Spirit above the official ex-depot price of N148 are selling at N156 or N157,” Ahmed explained.

“The reason is that they are paying for their logistics like shipping and Port charges and Nigerian Maritime Administration and Safety Agency (NIMASA) charges in US Dollars and they have to go to the parallel market to source for the dollars.

“The differential between the official exchange rate and the parallel market is their reason for adding between N9 and N10.

“But we had a meeting on Tuesday, Nov. 9, and the heads of the Nigeria Ports Authority and NIMASA, as well as other stakeholders, were all there and it was resolved that NNPC excess capacity vessels would be chartered to oil marketing companies and they would be charging in Naira.

“NIMASA and the Ports Authority will also revert back to their supervising ministries and get directives to collect their charges in naira rather than US Dollars.

“I believe with these, there will be no reason for the depot owners to increase their price beyond the official selling price of N148.”