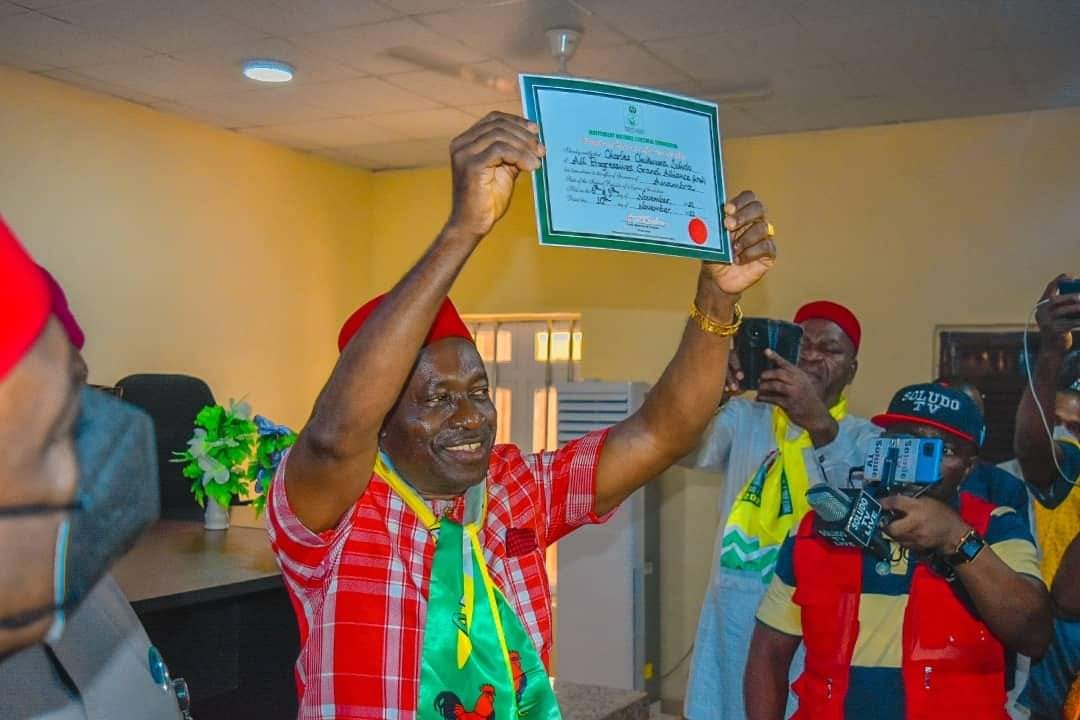 The governor-elect of Anambra state, Charles Soludo has been sued for allegedly providing false information in the affidavit (Form EC9) he submitted to the Independent National Electoral Commission (INEC) prior to the November 6 gubernatorial election.

The case filed by Adindu Valentine and Egwudike Chukwuebuka at the Federal High Court in Abuja named his deputy governor-elect, Onyeka Ibezim, the All Progressives Grand Alliance (APGA), and INEC as defendants.

The Nations reports that the plaintiff wants the court to disqualify Soludo on the grounds of the alleged false information.

Judgement by the Federal High Court is scheduled for Tuesday, November 30.

In their final submission, plaintiffs’ lawyers, A. O. Ijeri and Kelvin Okoko argued that having indicated the wrong seat he was contesting, Soludo supplied INEC with false information, violated extant legal provisions and ought to be disqualified.

However, the lawyer to APGA and Soludo, Onyechi Ikpeazu (SAN) argued that the suit was without merit and that the court lacked jurisdiction to hear it.

Related Topics:Charles Soludo was declared winner of the Nov 6 Anambra polls
Up Next