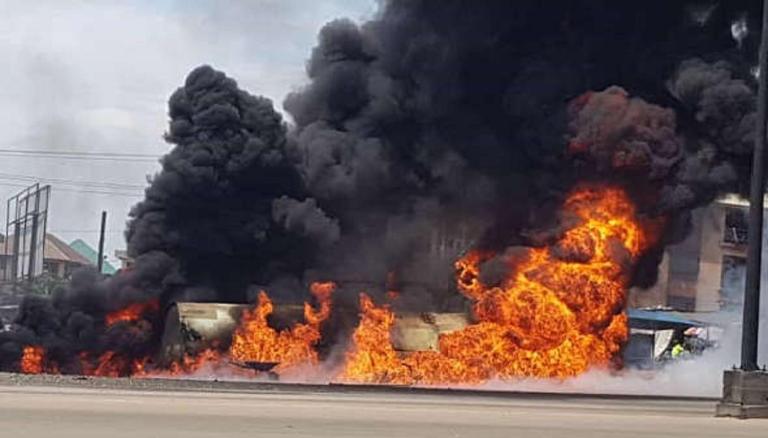 Panic struck around NTA Road, in Agodi on Thursday night as a petrol-laden tanker exploded in the area.

According to reports, although no life was lost in the raging fire, two private cars were destroyed.

The Director of Operations, Oyo State Fire Services, Ismail Adeleke, when contacted, confirmed that no life was lost in the explosion.

He said, “I am there with our men as I talk to you this night (10:30 pm). We gathered that the driver parked when he discovered that there was an issue with the engine compartment of the truck.

“The driver checked it and went back to start the vehicle. After this, as he wanted to continue his journey, he found out that fire had started from the engine compartment. He jumped off the truck and the tanker lost control and fell on its side.

“The content was spilt on the road and fire followed. Two cars were also burnt but we thank God no life was lost.”

He added that the fire had been put out completely as of the time of filing this report.

Related Topics:Confusion as Tanker Explosion Rocks Oyo StateNigeria
Up Next

Gov Ishaku Cries Out Over Terrorists Invasion, Begs For More Troops In Taraba