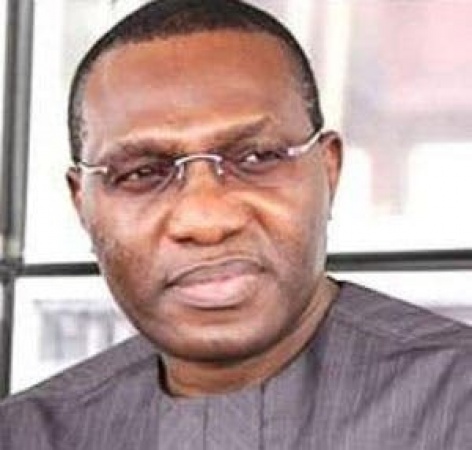 The much anticipated judgment in the suit brought before the Federal High Court, Abuja, presided over by Justice Inyang Eden Ekwo by Chief George Moghalu against the All Progressives Congress (APC), Senator Andy Uba and the Independent National Electoral Commission (INEC), which was fixed for yesterday, October 4, 2021 has been deferred.

In the documents filed before the court by his counsel, Chief Chris Uche (SAN), Moghalu lamented that the Nomination/Expression of Interest forms cost him and other aspirants a whopping N23 million each, whereas “no primary election known to law was conducted by the party.”

He tendered copies of the official report of INEC, which confirmed that no primary election was conducted within the time stipulated by law.

In addition, he cited Section 87 of the Electoral Act and Guidelines of the party (APC) that outlined the time to conduct any primary election to be between 8:00 a.m. and 4:00 p.m. of the given date.

He said that they all left the venue/s when the reality dawned on them that no election would be conducted. Moghalu, as well as other chieftains and leaders of the party in the state, including the incumbent Minister of Labour and Productivity, Senator Chris Ngige, among others, said they were shocked when the following day the party announced that it had conducted a purported primary election and that one Emmanuel Andy Uba won.

Consequently, after a diligent proceeding, listening to the parties, the court slated November 4, 2021 for its verdict. But unfortunately, Uba, through his counsel, Abubakar Magaji Mahmud, a Senior Advocate, wrote the presiding judge on November 2, 2021 requesting for another date.

The learned Senior Advocate adduced plethora of reasons bothering on security and social upheaval that might break out if the judgment was read ahead the November 6, 2021 governorship election in Anambra State.

But in a quick response, Chief Chris Uche, Senior Advocate and counsel to Moghalu, retorted in his letter countering the Uba/Mahmud (SAN) request, pointing out that having painstakingly gone through the Federal High Court Acts and Civil procedure rules, there was nowhere such method or provision was found.

Uche said: “We may not understand the motive behind the letter, and the request contained therein, but we make bold to say that it is worrisome when a party to litigation engages in an act, which smacks of an interference with the due administration of justice.

“If they were truly concerned about insecurity and serious breach of peace as claimed in the letter, the INEC ought to have been approached, pursuant to Section 26 of the Electoral Act 2010 for the postponement of the election itself.”

Related Topics:Court defers ruling on Uba’s candidacy
Up Next