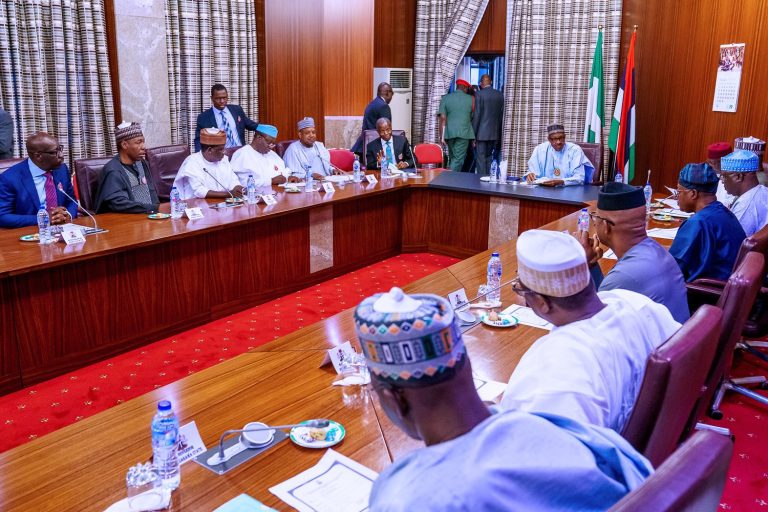 The contentious issue bordering around the use of direct primaries by political parties in the country recently caused a heated disagreement between governors of the ruling All Progressives Congress (APC).

www.tracknews.ng understands while some of the Governors are in full support of the recommendation by the National Assembly for parties in the country to adopt direct primaries in choosing their candidates, others feel it is undemocratic to insist on a particular method and parties should be given the freedom and flexibility to adopt whichever style suits them.

It will be recalled that ahead of the 2023 general elections, the National Assembly had recommended direct primaries in its amended electoral act bill which has been forwarded to President Muhammadu Buhari for his assent.

While it is yet unclear what will be the stand of the President on the matter, the issue reportedly caused governors of the APC to raise their voices at one another during their closed-door meeting held on Sunday at the Kebbi State Governor’s Lodge, Abuja.

A source quoted by the Punch on Monday said not only were the 22 governors unable to reach a consensus when the issue came up for discussion, it resulted in a shouting match between Nasarawa State Governor, Abdullahi Sule and his Kogi State counterpart, Yayaya Bello.

According to the source, Sule spoke in favour of direct primaries but Bello was against it. While other governors had their positions on the issue, it was these two that were most vocal during the meeting.

The disagreement degenerated into a war of words between the two governors and it took the intervention of the Chairman of the PGF and Kebbi State Governor, Abubakar Bagudu to bring calm to the situation.

“The meeting started on a friendly note with the governors exchanging banters before getting down to the business of the day.

“They had agreed to propose February as the date for the convention to give room for the President to choose a day at his convenience for the event. This was done after a vote of confidence was passed in the Governor Mai Mala Buni-led caretaker committee and the party congresses held across the nation.

“Trouble, however, started when the issue of the amendment to the Electoral Act as passed by the National Assembly came up. Nasarawa State Governor, Abdullahi Sule, who spoke in favour of the direct primaries, used words which his Kogi State counterpart, Yahaya Bello, felt were offensive, and a war of words ensued. It took the intervention of the Chairman of the PGF and Kebbi State Governor, Abubakar Bagudu, to restore calm,” a source who spoke on condition of anonymity was quoted to have said.