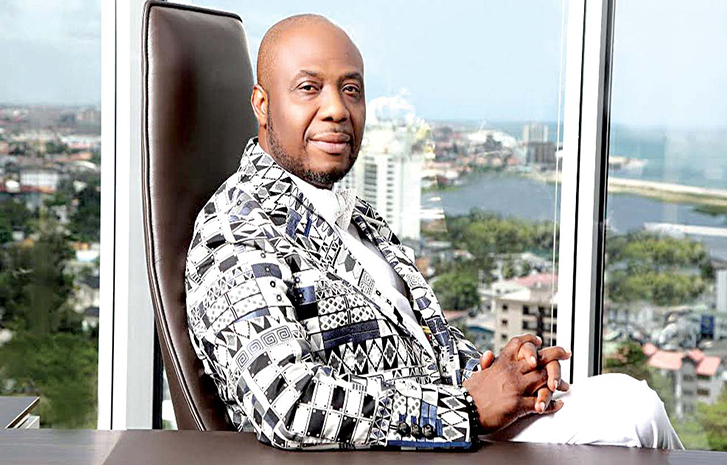 Unfortunately for Nigerian businessman, Ernest Azudialu-Obiejesi, chairman and chief executive officer of Nestoil Group, it has been one week, one trouble, The Witness reports.

Recall, weeks ago, the EFCC, swooped in on the businessman and sealed his expansive residence on Modupe Alakija Crescent, formerly known as Ikoyi Crescent. The ultra-modern property was marked with the anti-graft agency’s signature red ink, indicating that it was under investigation.

However, after several hours, which were followed numerous phone calls to some highly influential people, the red ink was washed off the property.

Latest findings by The Witness revealed that one of the Nigerian new generation banks has reinstituted its battle against Azudialu-Obiejesi and his Nestoil Group, over an unpaid loan amounting to the tune of N20.3 billion.

In a petition to the Economic and Financial Crimes Commission (EFCC), the lender alleged that Azudialu-Obiejesi and his company have refused to service or pay the said loan which was allegedly used to finance Nestoil Towers, a 5-ﬂoor structure on Akin Adesola Street, Victoria Island.

The lender however pleaded with the anti-graft agency to assist in recovering the said fund.

Sources say Obiejesi’s penchant for non-payment of loans to banks is quite high as another lender, Guaranty Trust Bank Limited, had previously had a running battle with the Anambra-born businessman over unpaid loans.

Our reporter contacted Mr. Nnaji Igwe, Nestoil’s associate director and chief of staff, for the company’s angle to the development. In his response, Mr. Igwe said he had forwarded the inquiries to the corporate communications department of the company and promised that they would revert but there were no responses as at press time.

Nestoil, incorporated in Nigeria in 1991, offers engineering, procurement and construction (EPC) services to the oil and gas industry.

Anambra: ‘Why Andy Uba Must Apologize To Primate Ayodele’