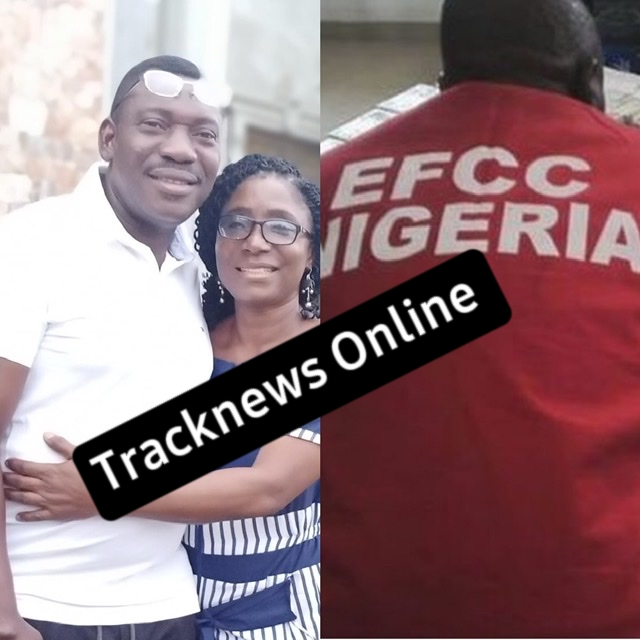 THE Economic and Financial Crimes Commission (EFCC), on Wednesday, opened a money laundering case against wife of an ex-governor’s aide Beauty Apere at the Federal High Court, Yenagoa.

Beauty is the wife of Embelakpo Apere, an aide on Sustainable Development Goals to former Bayelsa Governor Seriake Dickson.

At the resumed trial, the prosecution witness Timothy Owoeye, an official of the EFCC, in his evidence, said that the commission collaborated with several banks, regulatory agencies during its investigation.

Owoeye was led in evidence by prosecution counsel Mustapha Iko.

He told the court that the EFCC acted on a Suspicious Transactions Report (STR) from the Nigerian Financial Intelligence Unit (NFIU) while investigating the defendant.

He noted that the STR from the NFIU indicated that between April and Oct 2015, N73 million, $51,900 and £3,800 cash were reported to have been lodged into the defendant’s bank account at Guarantee Trust Bank, Yenagoa.

Owoeye also said that efforts to trace the source of the funds made the EFCC query the registration status of Kare-X Fashions and Designs Nigeria Ltd with the Corporate Affairs Commision (CAC).

He said that the company, which the defendant claimed to be her source for the funds, was not found in the database of the CAC.

The witness further said that the defendant later claimed that she had other sources of business in supply of granite and timber for construction which were also scrutinised.

However, the EFCC said the income from defendant’s timber business could not be ascertained as most of the buildings where the timber were purportedly used had been roofed and occupied.

Owoeye attributed the development to the shortfall from the funds alleged to have been laundered and the amount the EFCC traced.

He tendered letters from several organisations in response to EFCC inquiry, documents from six commercial banks as evidence, but the court noted that the documents were not itemised for ease of reference.

The trial judge Justice Isa Ndahen adjourned the case to Nov. 4 for ruling on the admissibility of the documents tendered in evidence by the EFCC.

The absence of EFCC star witness had, on October 20, stalled a N200-million money laundering suit against Embelakpo Apere and his wife in separate cases before the court.

It will be recalled that another aide to Dickson Don-Evarada allegedly offered a gratification of N10 million when Apere was quizzed by EFCC in 2015 and was reportedly arrested by current EFCC Chairman Abdulrasheed Bawa, who was then zonal head of EFCC in Port Harcourt.

The EFCC had arraigned Embelakpo and Beauty at the court on October 8 for money laundering allegedly carried out in 2015, but defense counsel to the duo Ardrew Arthur raised a motion of preliminary objection to Apere’s arraignment.

The defense argued that Apere had been earlier tried and discharged and the discharge amounted to an acquittal, but the prosecution contended that the discharge was based on technicalities and not on merit.

The judge adjourned until Dec 15 for ruling

My husband divorced me for attending political rally — Commissionerp