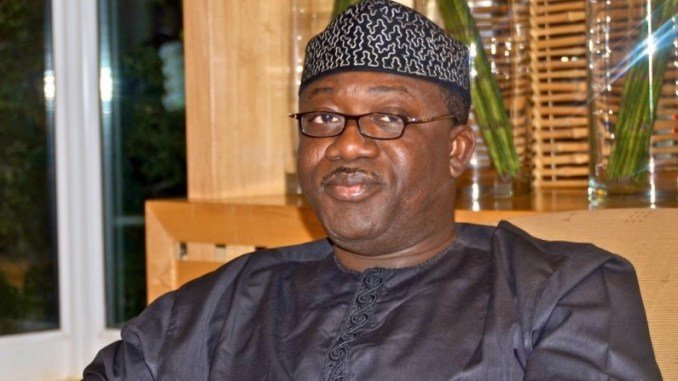 The rumour that Mr. Biodun Oyebanji has emerged as the anointed candidate to become the next governor of Ekiti State has been described as ‘gutter politics.’

Reports from certain political quarters had suggested that Governor Kayode Fayemi and his wife, Erelu Bisi Fayemi had anointed Oyebanji to become the next Governor of Ekiti State.

Tracknews Online reports that Mr. Oyebanji is the current Secretary to the State Government (SSG).

However, the Chief Press Secretary to the Ekiti State Governor, Yinka Oyebode has debunked the emergence of any anointed candidate including the SSG.

The submission comes as a direct reaction to an earlier statement from a political group known as “Agents of Good Governance” who had alleged that the governor had chosen Oyebanji as his preferred candidate to succeed him.

Speaking during an interaction with reporters on Friday in Ado-Ekiti, the state capital, the governor’s spokesperson told members of the public to ignore the rumours which he claimed is the handiwork of paperweight politicians playing dustbin politics.

“There is nothing of such. There is no money being kept somewhere to sponsor anybody. The allegation can only come from people engaging and dwelling in gutter and dustbin politics.

“The date for the Ekiti APC primary has been set. Why should anybody bring up the issue of an anointed candidate? What are they afraid of?

“There have been constant assurances from the party hierarchy in this state of a level-playing field for the primary. Why are they afraid of their shadows?

“The issue of somebody anointing a particular candidate is a figment of their imagination.

“We are here in Ekiti State, where nothing of such can happen. There is no money kept anywhere for the purpose of sponsoring any imaginary anointed candidate,” Oyebode said.

Related Topics:Ekiti 2022: Governor’s Aide Speaks On ‘Anointed Candidate’ To Succeed Fayemi
Up Next