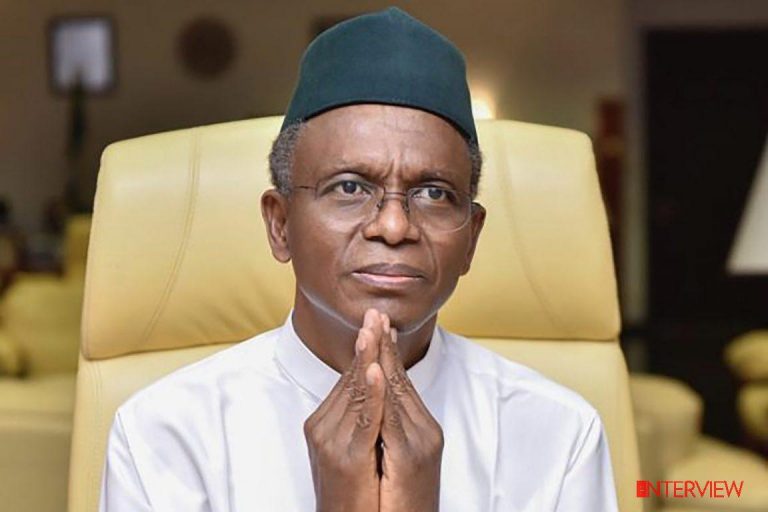 Governor Nasir El-Rufai of Kaduna State has reacted to the attack on the Kaduna-Abuja Expressway on Sunday by suspected bandits.

Tracknews Online reports that the armed bandits blocked the road at Katari village at about 2 pm and operated for more than an hour.

A traveller had said: “We had to turn back when we heard the shooting of guns and parked some kilometres away from the scene. After two hours when we saw other vehicles coming from the other side, we continued our journey

“Many travellers must have been kidnapped or escaped into the bush as we saw at least fifteen cars parked and empty when we passed the scene of the attack.”

A statement on Monday by the Commissioner for Internal Security, Samuel Aruwan, said the bandits killed one person and kidnapped scores of travellers during the attack.

Aruwan revealed that eleven persons had been rescued from the assailants.

The commissioner identified the deceased as the Chairman and CEO of Famaks British School and former governorship aspirant in Zamfara State, Muhammad Sagir Hamidu.

Aruwan said the deceased’s vehicle was recovered by the Police.

Related Topics:El-Rufai Reacts To Kaduna-Abuja Road Attack
Up Next