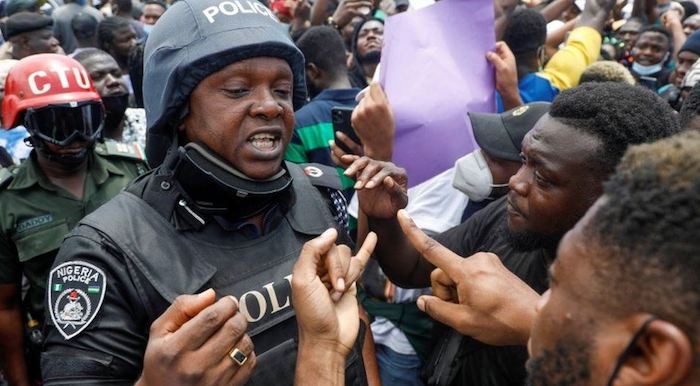 A retired Inspector-General of the German Federal Police, Matthias Seeger, said it would be a great start for the police if his team could train the new crop of recruits into the Nigeria Police on best practices.

The German Government has declared intentions to train Nigerian police officers on how to manage protesters without resorting to the use of guns.

A high-level delegation from Germany on Tuesday November 23, visited the Chairman of the Police Service Commission, Musiliu Smith, to seek areas of collaboration on police training, reform, and other issues.

A retired Inspector-General of the German Federal Police, Matthias Seeger, who led the delegation, said it would be a great start for the police if his team could train the new crop of recruits into the Nigeria Police on best practices.

“I think the best is, for a start, if you want to build a house, you start with the basement. You focus on very few things, maybe two or three. All the demonstrations we had in Europe, there are very few unique situations where police use their weapons; 99.9 per cent, no weapons.

So, we offer to train for best practices. You have a great chance when you train 30,000 young women and men to become policemen, you take the best. It’s a big chance for you now when you train young people. This the future of the police of Nigeria, so you train them well from the first moment.” he said

Responding, Smith said protesters in Europe are different from the ones here in Nigeria.

“Let me draw your attention to one issue. When we have protests or demonstrations in this country, it would not be fair to compare it to the ones in Europe and I have my reasons for this.

For the last five, 10 years, what the men had to face in such situations, I think they have to be well prepared if they value their own lives. They need to be well-armed, well prepared so that if they tried all other means of dispersing them or making arrests, they may take some decisions or sometimes, some persons get hurt.

But on a few occasions, they are forced to use weapons not only to save their lives but the lives of innocent citizens around the area. So, I don’t think they are totally handling demonstrations very well, there is a lot of room for improvement.” Smith said

Related Topics:#EndSARS: Germany Offers To Train Nigerian Police Officers On How To Handle Protesters Without Using Guns
Up Next