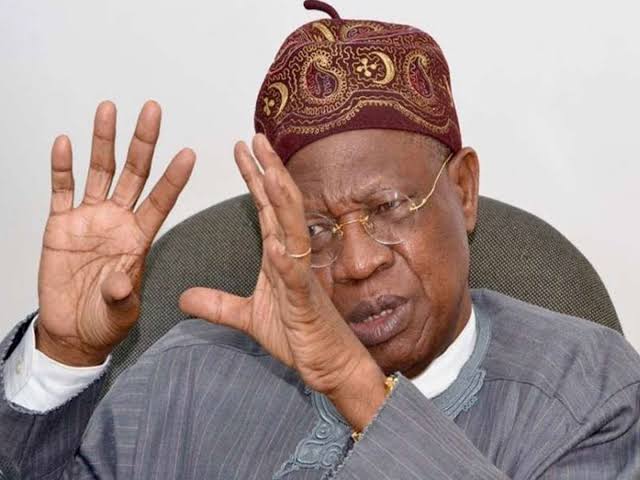 The Minister of Information and Culture, Lai Mohammed, says he will respond to the report of the Lagos State Judicial Panel on the #EndSARS protests and the Lekki Toll Gate shooting at the appropriate time.

reports that Mohammed made this known on Thursday through his spokesman, Segun Adeyemi.

Adeyemi said the minister is out of the country on an official assignment and will soon react to the panel’s findings.

“We are out of the country (Nigeria) on assignment. Expect our response shortly,” he told The PUNCH.

Recall that the report of the panel led by Justice Doris Okuwobi which was submitted to Governor Babajide Sanwo-Olu of Lagos on Monday disclosed that not less than eleven people were killed at the Lekki tollgate incident.

The report added that at least 48 protesters were either shot dead, injured with bullet wounds, or assaulted by soldiers.

The revelations have continued to generate reactions both locally and internationally particularly as Mohammed had on several occasions after the shootings on October 20, 2020, insisted that no life was lost, describing the incident as “a massacre without bodies.”

The minister even threatened sanctions against media houses and demanded apologies from CNN, Amnesty International other persons who reported the loss of lives during the incident.