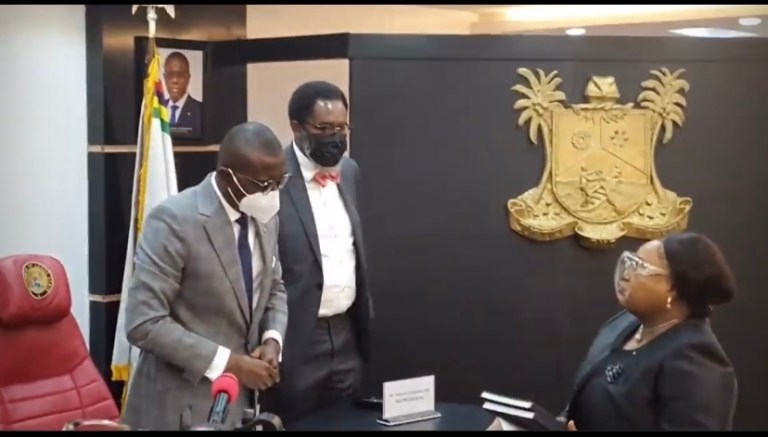 The Peoples Democratic Party (PDP) has reacted to the report of the Lagos state #EndSARS panel confirming the gruesome killings of innocent youths at the Lekki Tollgate during the 2020 protest.

Tracknews Online reports that the Lagos #EndSARS panel in its reports indicted the Nigeria Police Force and Nigerian Army in the October 20, 2020 incidents that caused a commotion in the country.

The panel in its report disclosed that not less than eleven people were killed at the Lekki tollgate on that day.

Justice Doris Okuwobi-led panel disclosed this in its report submitted to the Lagos State Government on Monday.

The panel in the report titled, ‘Report of Lekki Incident Investigation Of 20th October 2020’, noted at least 48 protesters were either shot dead, injured with bullet wounds or assaulted by soldiers.

Reacting in a statement by its spokesperson, Kola Ologbondiyan, the PDP stated that the report gives strength to the fact that the APC is running a murderous and oppressive regime that has no regard for life.

“Nigerians can recall how security operatives attacked and massacred innocent youths and how the APC, its leaders and agents, in various agencies of the APC-controlled government, vehemently denied the killings, tried to mop up evidence and provided official cover for the killers.

“The report of the Lagos #EndSARS panel, which confirms the massacre of Nigerian youths in Lekki, has further shown the APC and its government as bloody liars whose hands are stained with the blood of our innocent compatriots,” the party said.

PDP said it’s now clear that no matter how much the “wicked strive in denial, the truth will always prevail.”

The opposition party warned that the blood of innocent youths killed by agents of the APC and its administration must not be shed in vain.

“Those responsible for these callous acts must be made to face justice. Of course, all those whose hands have become blood stained will never know peace,” the party said.

The PDP urged Nigerians to stand for their slain compatriots by ensuring that those behind the massacre of the youths as well as their supporters in government have their days in the dock.

The statement read: “The nation must ensure that such individuals are brought to book for their act of wickedness to humanity.

“In this regard, our party insists that all those indicted by the panel should be arrested, prosecuted and dealt with in accordance with our laws.

“The PDP again commiserates with the families of the slain young Nigerians, who were cut in their prime for demanding for a just, equitable and secure nation governed by the rule of law.”

Related Topics:#EndSARS: PDP Demands ProsecutionSays APC Is A Murderous Party
Up Next

I Will Surely Crush You All— Buhari Warns Bandits