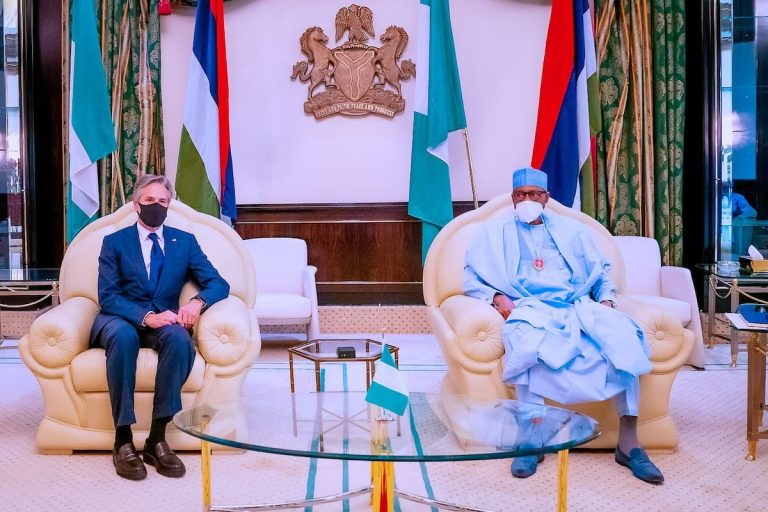 The United States Secretary of State, Anthony Blinken, has reacted to the report released by the Lagos Judicial Panel of Inquiry on Restitution for Victims of SARS Related Abuses and Other Matters.

Tracknews Online had earlier reported that the panel on Monday submitted the report to the state government indicting the military and the Nigerian police force.

The development has seen human rights activists, the international community and several others call on the federal government to act on the report of the Lagos State panel.

Speaking during a press briefing on Thursday, Bliken applauded the findings of the judicial panel and asked the Nigerian government to be accountable.

He also asked the government to address the salient issues raised in the report and also implement the recommendations in the document.

Bliken, who addressed reporters with the Minister of Foreign Affairs, Geoffrey Onyema, advised the Buhari administration to address the grievances of victims of the police brutality and #EndSARS protests.

He said: “We anticipate and look to the state and the Federal Government’s response to the findings, and expect those to include steps that ensure accountability and address the grievances of the victims and their families.”

On the issue of insecurity, Blinken said the US government was working closely with Nigeria in providing victims of insurgency and Internally Displaced Persons in the North-East with humanitarian aid.

He said, “We discussed the importance of a comprehensive approach that builds effective security forces, addresses the underlying drivers of extremism, and respects Nigerians’ basic human rights.

“The United States is committed to helping Nigeria do that by continuing to invest in our security partnership, and the institutions that strengthen the rule of law, and that hold accountable those who commit human rights abuses, corruption and other acts that harm the Nigerian people.”

Related Topics:#EndSARS: US Secretary Of State Blinken Reacts To Lagos Panel Report
Up Next