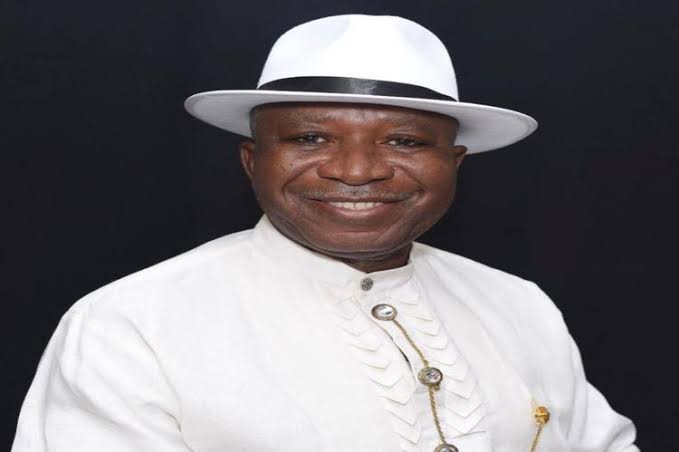 Engenni—Youths from Engenni Kingdom in Ahoada West local government area of Rivers State, have commended the Interim Administrator of the Presidential Amnesty Programme (PAP), Colonel Milland Dikio for his pragmatic and all-inclusive style of leadership.

Comrade Paul Edum, information officer of the Abua-Odual/Engenni-Ogbogolo Special Chapter of the Ijaw Youth Council (IYC), in a chat with mangrovepen.ng, stated that it is the first time youths of Engenni Kingdom have benefited from the Presidential Amnesty Programme.

The youths also congratulated Dikio on his reappointment as interim head of the amnesty programme.

According to him, Dikio is a good man who has the interest of his people at heart, assuring that the people of Abua-Odual/Engenni-Ogbogolo Special Chapter of the Ijaw Youth Council (IYC) are behind him.

He urged youths of Engenni and Niger Deltans to work with Dikio to better the lot of the region.

Similarly, the acting president of Engenni Youth Assembly, Barr. Dunese Atkinson Akio, also hailed Dikio for his leadership prowess, saying that youths of Engenni Kingdom are fortunate to have him as the PAP helmsman.

He stated that the amnesty programme under Dikio has been of immense help not only to youths of the Kingdom but also to ex-agitators, resulting in the reign of peace in the region.

Akio stressed that Dikio has set himself apart from previous PAP administrators and there are hopes for impacted communities such as Mbiama and other Engenni communities that have borne the brunt of Niger Delta agitation from the inception of Isaac Boro to benefit from the Programme.

His words, “It is quite fortunate for us to have a person like Col. Milland Dikio in Engenni community.

“To be frank, he has been of immense importance to the community considering the programmes he has rolled out relating to youth empowerment.

“I can’t quantify how helpful he has been to the youths of Engenni Kingdom and the Niger Delta.

“I want to urge the stakeholders, youths and chiefs of our community and youths in general in the Niger Delta to give Dikio the needed support regarding the development of the Niger Delta.”

Speaking on behalf of the community Youth President Forum in Engenni Kingdom, Comrade Mark Obuenem Onyinwo, lauded the works of Dikio, stressing that he has shown the capacity to lead the Amnesty programme even beyond expectations.

The Oshie community youth president maintained that under the leadership of Dikio the Presidential Amnesty Programme has engaged many youths from the region.

“We appreciate the good works Col. Milland Dikio, for his kind gesture to the Engenni Kingdom and the Niger Delta at large.

“He has proven to be a leader that has the people at heart, he has shown that he has the capabilities to lead the Amnesty Programme beyond the expectation of the federal government.

“With the steps he has taken so far, he has proven that the Presidential Amnesty programme exists to empower our youths, and with his achievements and efforts to carry every youth along in the region, the Niger Delta will remain peaceful,” he stated.

He however acknowledged and urged youths who have not benefitted from the programme to be hopeful and patient.