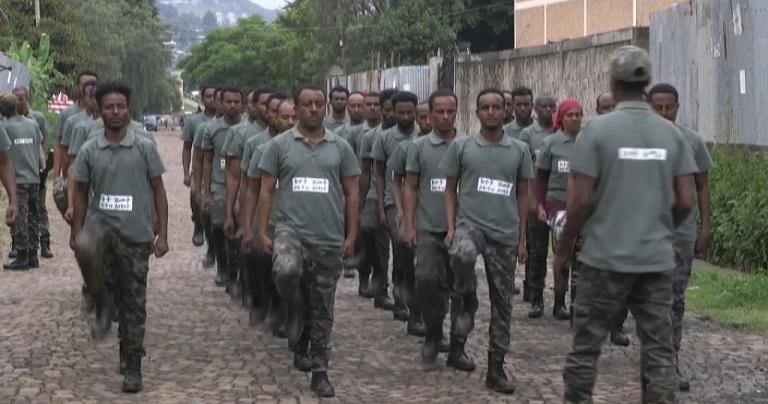 The government of Ethiopia has recruited the help of civilian volunteers to defend its capital, Addis Ababa, from the advancing Tigrayan fighters of the northern Tigray region.

Thousands of volunteers were seen clapping and cheering as they chanted the name of Ethiopian Prime Minister Abiy Ahmed when they marched through a school playing field in Addis Ababa.

Addis Ababa City Council Speaker, Buzena Abdulkadir emphasized that “Ethiopia will prevail,” “They are very small in number, we have too many people for them. We are one, we are united, and we take Ethiopia forward together.”

The battle between Ethiopia’s military and Tigray People’s Liberation Front (TPLF) combatants is approaching the city. The year-long conflict has claimed the lives of thousands.

Tigrayans once dominated Ethiopia’s government until the current prime minister assumed office in 2018 and declared the TPLF a terrorist group. The group have now joined forces with another armed group, the Oromo Liberation Army, to pressure him to step down.

Related Topics:Ethiopia Recruits Civilian Volunteers to Defend Against Tigrayan Fighters
Up Next

Why Harris ruled US for 1 hour 25 minutes