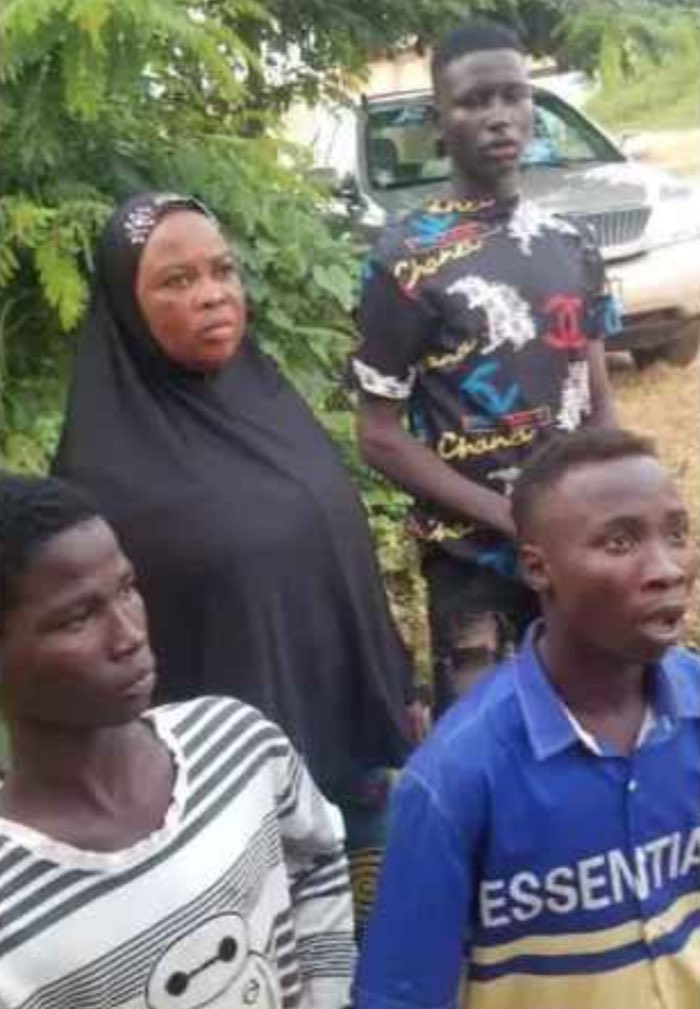 Operatives of the Ogun State Police Command have arrested a housewife, identified as Memunat Salaudeen, for allegedly planning to kidnap her husband.

They were arrested along Papa/Itori road by a patrol team on stop and search duty. According to the police, the three accomplices were on a motorcycle when they were stopped because of their suspicious look.

The team searched them and found a cutlass and a newly acquired rope in their possession. They were consequently separated and questioned on what they planned to use the cutlass and rope for. The three of them gave conflicting statements.

Salaudeen, who confessed to the crime, told the policemen that her husband has not been given her money and that she decided to plan his kidnapping in order to get money from him at all cost.

Related Topics:EWEEE!! Housewife Nabbed For Planning To Kidnap Her ‘Stingy’ Husband In Ogun (Photo)
Up Next