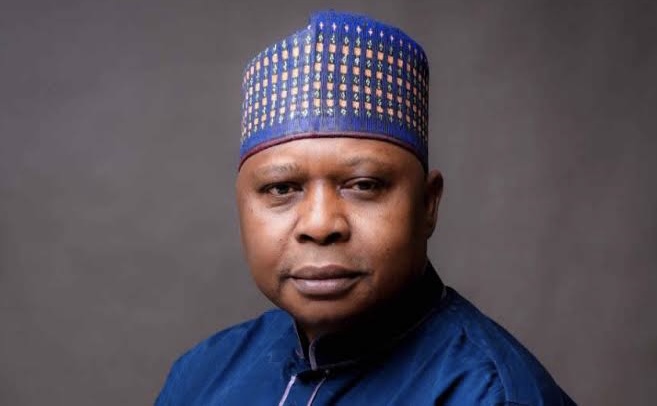 The e-minister was arraigned, alongside three others, on a 16-count charge bordering on unlawful and criminal misappropriation of funds to the tune of N715 million.

Former Minister of Special Duties and Inter-governmental Affairs, Kabiru Turaki, indicated his interest to file a no-case submission after the Economic and Financial Crimes Commission (EFCC) closed its case.
Mr Turaki is being tried by the EFCC before Justice Inyang Ekwo of the Federal High Court, Abuja.

He was arraigned, alongside three others, on a 16-count charge bordering on unlawful and criminal misappropriation of funds to the tune of N715 million.
Other defendants are Sampson Okpetu, who served as his special assistant; Samtee Essentials Limited and Pasco Investment Limited – companies linked to Mr Okpetu.
The anti-corruption agency had called 12 witnesses in the course of the trial.
After the cross-examination of the 12th prosecution witness, counsel to the anti-graft agency, Farouk Abdallah, told the court that the commission was closing its case.

However, the lawyer to Mr Turaki, Joe Gadzama, SAN, told the court that they intended to file a no-case submission within the next 10 days.
In the same vein, counsel to other defendants in the matter also opted for no-case submission.
In his ruling, Justice Ekwo granted the defence prayer to file their processes in respect of the no-case submission and also give 14 days for the prosecution to respond upon receipt of the applications as prayed.

The judge adjourned the matter until January 17 for a hearing of the no-case submission.
Meanwhile, Mr Gadzama told newsmen that he believed that because of the “paltry evidence,” both oral and documentary through 12 witnesses on the side of the prosecution, the performance of the prosecution as required by law was below par.

He said the defence had the right, in such a situation, to approach the court with a no-case submission.
“The court should not waste judicial time in going into the defence and listening to witnesses on the side of the defendants,” he said.
The EFCC had alleged that the ex-minister used the two companies belonging to his aide to illegally transfer the funds.

Having taken a “not guilty” plea, his lawyer had asked the court to grant bail to his client.

The bail application was unopposed by the EFCC, and the judge granted the defendants bail on self-recognition and the same conditions granted to them in the administrative bail by the EFCC.