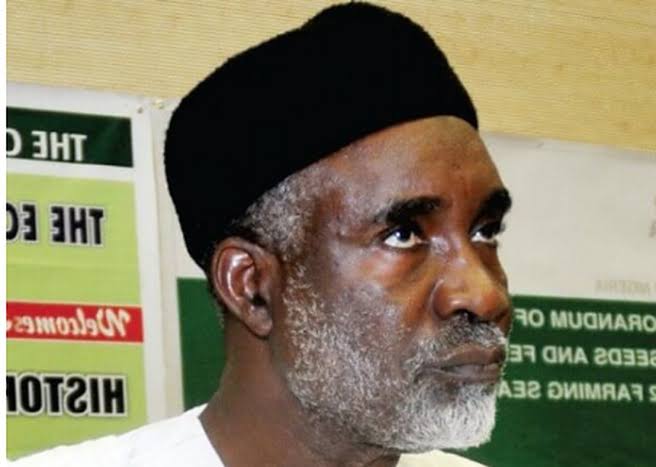 Rabiu, sometimes in 2013, while serving as the Chief Security Officer (CSO) of the then Adamawa State governor, Murtala Nyako, had bought landed property for Sebore Farms, on his principal’s (Nyako) instruction.

An Assistant Commissioner of Police (ACP), Rabiu Sheriff, is in the custody of the Department of State Services (DSS) in connection with an alleged fraud involving N80million worth of landed property.

Rabiu, sometimes in 2013, while serving as the Chief Security Officer (CSO) of the then Adamawa State governor, Murtala Nyako, had bought landed property for Sebore Farms, on his principal’s (Nyako) instruction.

He was said to have allegedly converted the property to his personal use and also sold off the same, two months after his former boss was impeached in July 2014 by the state Assembly, led by the current governor, Umaru Fintiri.

In two separate complaints written to the police and DSS, by two different law firms on behalf of Sebore Farms, Rabiu was said to have purchased the said property for Sebore Farms and later converted same to personal property.

The complaint letter seen by TrackNews Online read in parts, “Sometimes in 2013, our client entrusted one Mr. Rabiu A. Sheriff as an agent to buy some landed properties and perfect title in its favour.

“Mr. Rabiu Sheriff collected our client’s money at N80million only, paid for the properties and sale(s) agreement to that effect was prepared by his chosen solicitors for onward delivery to our client for execution.

“Mr. Rabiu took the documents and fraudulently impersonated and signed as the Managing Director of our client and again signed as a witness.

“Our investigation further revealed that Mr. Rabiu returned to the same solicitor and lied to him that he had the instruction of our client to change the sale(s) agreement in the name of Ashran Nigeria Limited.

“Our preliminary investigation revealed that Mr. Rabiu is the owner (of) the said company (Ashran Nigeria Limited).

“Without hesitation (he) went ahead and perfected the title to that effect.”

In his statement during investigation by the police, Rabiu, explained that his former boss, Governor Nyako, who actually gave him the money, instructed him to do as he did.

To conclude police investigation, a preliminary report submitted to the commissioner, recommended that former Governor Nyako, needed to clarify claims made by his former CSO.

Dissatisfied by the recommendation, Sebore Farms engaged another law firm to petition the DSS which arrested and detained ACP Rabiu on Friday.

Dramatically, the defense counsel, Gabriel Adiku, who vehemently protested the arrest and subsequent detention of his client while arguing that the matter was civil, on Monday withdrew his legal services.

He reportedly stated that he was withdrawing from the case because his client (Rabiu) leaked documents to journalists.

A source said the firm, Sebore, needed to clear some grey areas.

“Looking at the issues, questions were raised as to why Rabiu used as an agent to purchase landed property as a police officer in the first place? Why was he entrusted with N80million when Sebore Farms had its Managing Director at the time, which the petition claimed he (Rabiu) impersonated?

“Also, why is the matter coming up some seven to eight years, after the said transaction was done? How was the said money delivered from Sebore Farms to Rabiu, was it from Sebore Farms bank account or cash and why? These and other salient questions need to be answered by Sebore Farms,” the source told SaharaReporters.