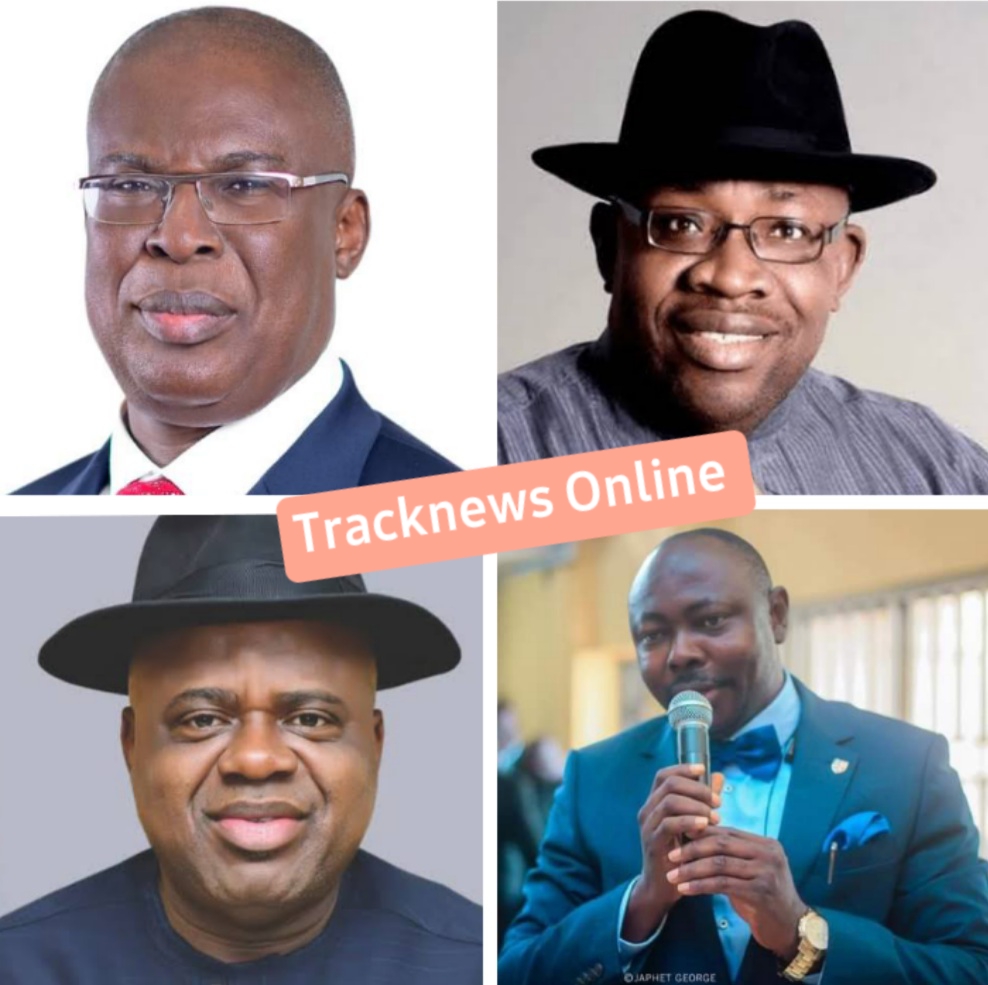 It is often said that he who stays in glass house must learn not to throw stones. The above submission is true typical of the present situation as it relates of to the disputed chairman of All Progressives Congress (APC) Bayelsa State, Dr Dennis Otiotio .

Tracknews Online recalled only recently he had raised issues of transparency and accountability in governance and the need not to take loans .

The submissions below is the report of the Timi Alaibe committee that was saddled with the responsibility of auditing the finances of the state at the wake of the Dickson Administration and this is their findings. Also recal that the present chairman of the state APC is not only a cousin to the then Governor Timipre Sylva but a member of the inner caucus as the legal Adviser to the Governor.

It was recalled that in 2012 when the immediate past Governor of Bayelsa State now Senator representating Bayelsa west Henry Seriake took over from Chief Timipre Sylva now minister of petroleum state set up a financial management committee headed by Timi Alaibe.

The Timi Alaibe-led Financial Management Committee set up by the former Governor, Senator Henry Seriake Dickson, to look into the finances of the state during the administration of former governor of the state, Timipre Sylva, submitted its report, disclosing how N660 billion which accrued to the state was squandered in five years, with a liability of over N200 billion to contend with.

The committee cried that the greatest conduit for fraud was security where over N28 billion was expended between January 2010 and February 2012, aside from the fact that the Government House spent N11 billion within the same period. The report stressed that Sylva treated the treasury as a private cash point where he collects monies at will without proper documentation. The report said there was no need for the N50 billion Bond loan that was sourced by the state government from the capital market as it was not tied to any project, instead it the money was used to service past bank loans.

To make matters worse, even as the money which was being saved to pay back the loan under the Irrevocable Standing Payment Order (ISPO) was later collected and squandered.

According to the committee, the government spent over N3 billion on buying vehicles in 2011, which have since disappeared on the wake of the collapse of the Sylva government, yet, over 70 per cent of the state was rivers, creeks and swamps. Nothing was spent on river craft for the people

The committee lamented that: “Bayelsa State main source of revenue is the federation account. 97 per cent of the state revenue comes from this source and this portends grave danger for the state as permanent delay or financial crisis at the centre could immediately translate to a shutdown of the government at the state level.”

The report stated that the year 2007 started a debt dependency era when there was a great demand on domestic bank to finance current expenditure and other obligations.

“These payments were in spite of the regular monthly security payment made out of recurrent expenditure amounting to N3.19 billion in 2010; 7bn in 2011 and N890m for January and February 2012.

“Clearly these payments are abnormal payments. They are frivolous and in fact fraudulent. 99% of this cash payment do not have any originating approval and other supporting documents and should be recovered. Security was more or less being used as a private cash point.

On the capital expenditure of the state during the period, the committee said: “Records presented to us indicate that a mega sum of N3.65bn is being owed by the government for cars and other types of vehicles already supplied. There is need to properly verified this figure and allocations of the vehicles the committee stated.

“Moreno Plc; the contract value for the construction of Nembe/Brass Road was N42.038bn and was to commence from October 2010 and to be completed in October 2013. Payment and advance totalling N10.2bn was made to the company with practically nothing to show for the project.

“The Glory Land Drive Phase two Project by FAK Engineering, the total contract value of this project is N20.312bn and over 40 per cent payment had been made. N9bn was paid so far to the contractor. The very disturbing feature of this project is the timing and the sensitivity of this payment coupled with the symbolic urgency and Frequency of the settlement date given the huge sums involved.

“Given the same consideration, the attempt to review this contract value upward to over N30bn with no detail milestone and certification of work completed in view revealed the need for an unbiased supervision on the part of the government for the project. The review of the file indicates inadequacy of proper documentation and work certification before the payment was made.

On the Assets and liabilities of the state, the report stated that “the cash balance at the treasury as at February 14 was N4551. Other operating account balances N1.76m. commercial loans the state as at the period under review had N28.9bn. the Bayelsa State Government Debt Development bond N47bn. Overdraft N3.2bn. Total domestic debt was N71.2 billion. The total ISPO is 5.73bn. In terms of external debt, multilateral club principal outstanding is N4.219bn. for contract liabilities current and contingent, N125bn. There is N1.9bn judgment against the state. Debt owed to lawyers N2bn. Total liabilities is N207.2bn.

In December 2009, the Bayelsa State government filed an application with SEC to issue a 13.75 per cent seven-year N50 billion six rate development bullet bond. The acclaimed necessity to raise the bond was to refinance existing capital projects in the state and general review the state debt servicing cost.

“The bond was initially structured as a bullet bond with tenure of seven years and 13.75 per cent coupon. The net issue proceed was N46.48bn after the deduction of the offer cost of N2.017 billion. it was structured to refinance liabilities arising from projects as they claimed.

“Unfortunately and to the chagrin of Bayelsa, the bond funds were used to pay up existing bank loans which were obtained under very spurious circumstances. The only project that receive some form of funding from the bond proceed was the fund paid to Moreno for the Nembe/Brass Road and that was N6bn. This is an exercise with fraudulent intentions as the project had since been abandoned.

Related Topics:Otiotio Has No Moral Justification To Ask Questions On Governance_Jeremiah
Up Next