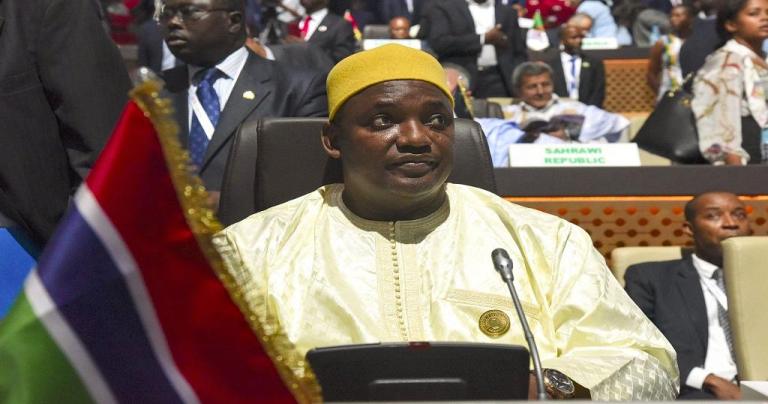 President Adama Barrow on Thursday declared his candidacy for the December 4 presidential poll, with campaigning in the hotly contested election set to begin next week.

Thousands of supporters lined the streets in the capital Banjul, as Barrow formally submitted his candidacy to the electoral body in the tiny West African nation.

The December 4 election will be the first since the departure of former dictator Yahya Jammeh and is viewed as a key test of the country’s democratic transition.

Barrow said; “Whatever the Gambian people decide I’ll respect that because I’m a democrat and I believe in the rule of law and democracy,”

Jammeh seized power in The Gambia in 1994 as part of a bloodless military coup. After a six-week crisis that led to military intervention by other West African states, Jammeh was forced into exile in Equatorial Guinea.

He was then repeatedly re-elected in disputed circumstances until he was defeated in December 2016 by Barrow, who was then a relative unknown.

Barrow’s NPP party formed an electoral alliance with Jammeh’s APRC in September — in a move viewed as an electoral ploy in some quarters, and denounced by rights activists.

Nineteen candidates have registered presidential bids so far, which the electoral commission must still approve. The campaign season formally begins on November 9

‘Political And False’: China Rejects Us Investigation Into The Origins Of The Coronavirus