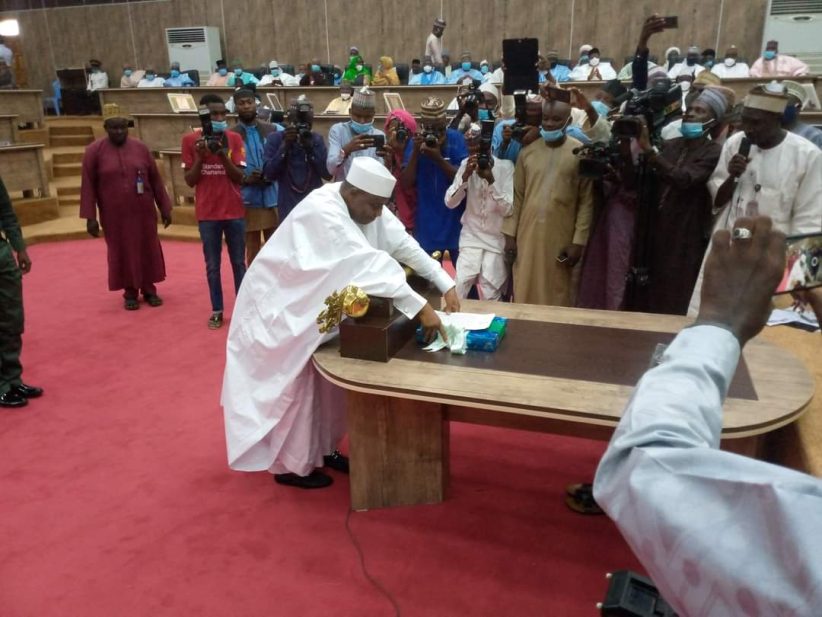 He said it consists of both the recurrent and capital expenditures approved by the Assembly.

The governor said that the year 2021 featured security challenges and economic predicament in the country which affected all the states of the federation.

“Despite such challenges, Sokoto State recorded tremendous success in the implementation of last year’s budget. This was made possible by our individual and collective commitment to transparency and good governance.

“Undoubtedly, this administration has executed numerous development projects in education, healthcare service delivery, agriculture, environment and infrastructural development, among others.

“Also, numerous projects and programmes have been executed and commissioned, designed to uplift the general welfare of the people and security of lives and property,” he added.

Responding, the Speaker of the House of Assembly, Aminu Achida, thanked the governor for presenting the budget at a time he described as appropriate.

He said the Assembly would expedite action in passing the bill for the government to continue to meet the yearnings and aspirations of the citizenry.