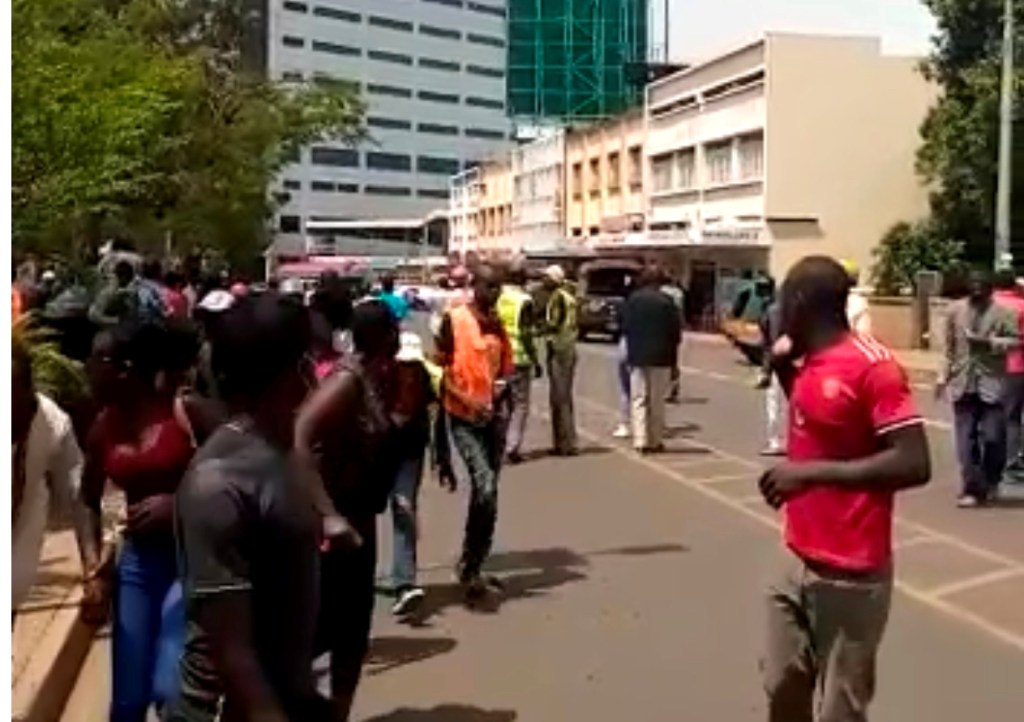 Kenyan police have foiled a bank heist after a five-hour confrontation with armed assailants firing automatic rifles and pistols in the western city of Kisumu.

Pictures of the incident at a branch of Equity Bank showed officers climbing through the bank’s windows with guns drawn to try to subdue the attackers, while a crowd gathered outside the bank, oblivious to the sound of gunfire.

Nyanza Regional Commissioner Magu Mutindika, said that officers interrogated some customers and staff who had been evacuated to establish what happened during the siege.

He said officers will also search CCTV footage for details of how the suspected robbers made their way into the financial institution.

Mutindika told reporters outside the bank, “We have found a shirt and we suspect the owner of the shirt may be among those at the police station. If we get him, he will give us more leads.”

“If we find anybody who was involved in this act, appropriate legal action is going to be taken.”