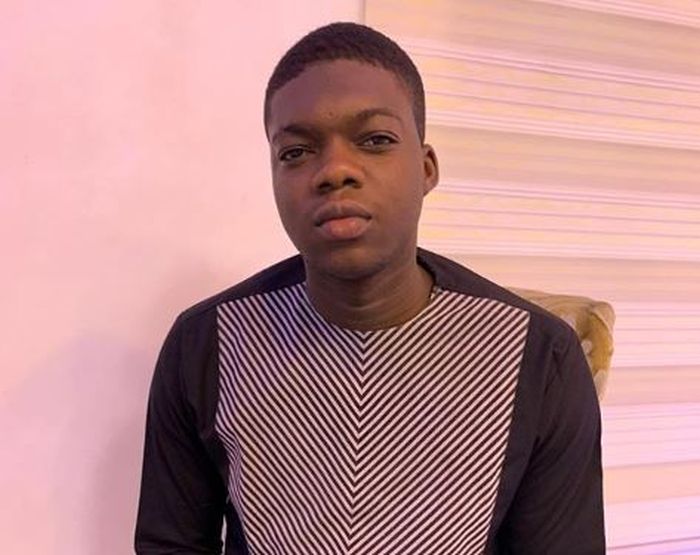 Nigeria Comedian, Abdulgafar Ahmad Oluwatoyin, professionally known as Cute Abiola who is also navy personnel has been declared missing and in contrast to that, the Nigerian Navy has debunked the news

The Nigerian Navy has released a statement claiming the detention of the Instagram Comedian for violation of the Armed Forces Social Media Policy in his usage of the Social Media platform. 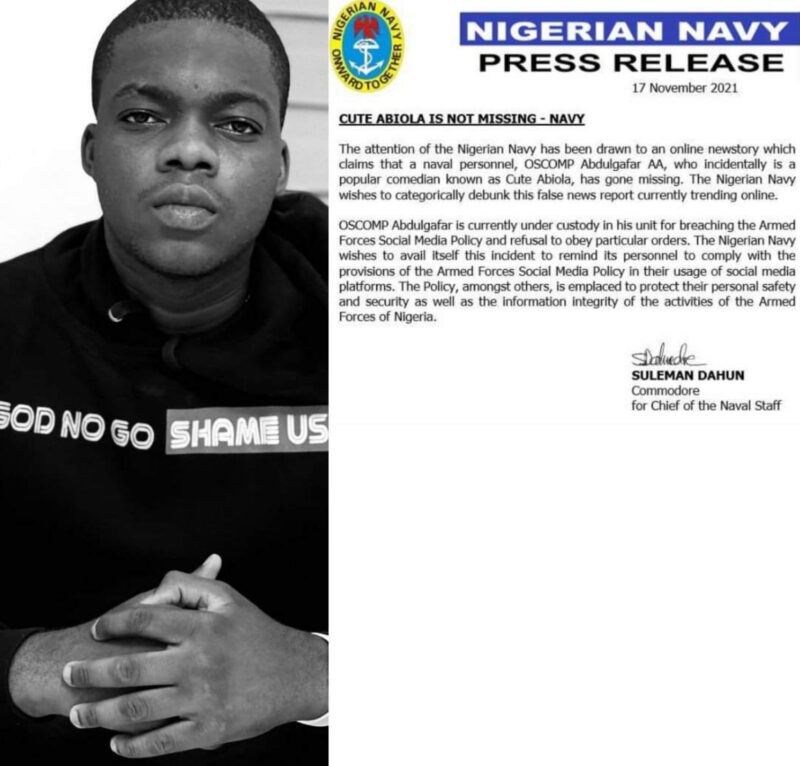 Related Topics:Cute Abiola“He’s In Our Custody” Nigerian Navy Debunk Missing Rumour Of Instagram Comedian
Up Next