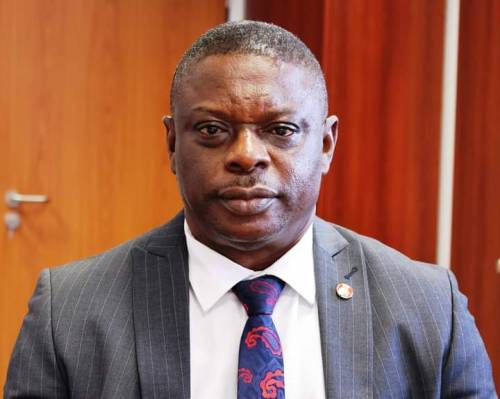 In May 2018, Ekpungu received the sum of N2.5 million from the Ministry of Lands and Urban Planning for residential accommodation while serving as a Commissioner for New Cities Development.

The new Secretary for the Economic and Financial Crimes Commission (EFCC), Barrister George Abang Ekpungu, is facing an indictment from the Cross River State Government for unaccounted N2.5 million.

In May 2018, Ekpungu received the sum of N2.5 million from the Ministry of Lands and Urban Planning for residential accommodation while serving as a Commissioner for New Cities Development.

But he had failed to account for the money, according to the State Auditor-General, Mr. John Odey, in his annual report on the accounts of the State Government in 2020 published last July.

In records obtained by the CrossRiverWatch, the payment had voucher No. MLD/INT/13/2018 with Ekpungu as payee.

The Auditor-General in his report to the House of Assembly confirmed that Ekpungu had not accounted for the money.

The EFCC Scribe did not respond to multiple requests for comment on the indictment.

Abang was accused in the audit report for mismanaging over N100 million while Udiba failed to account for N1.1 million generated from partners registration fee.

The trio were indicted by the Section 125(2) of the 1999 Constitution of the Federal Republic of Nigeria (as amended) and section 4(3) of the Audit Law (CAP A 20) of the laws of Cross River State 2004 which empowers the Auditor-General to audit the State Government’s accounts and submit findings to the House of Assembly.

According to the audit report, the State Ministry of Justice account was used fraudulently by Abang to withdraw over N23 million without due authorization.

So far, the report pointed out, only N18.1 million has been refunded, remaining a balance over N5 million.

The current Commissioner for Justice and Attorney-General, Barrister Tanko Ashang confirmed the allegations against Abang in the audit report.

But Abang made fun of CrossRiverWatch when he was reached for a comment.

“How is the business of fake news?” he said.

Immediately he was corrected that this newspaper is a fact-based outfit, he said, “I don’t talk to people I don’t know, I’m in the AG’s office now, come to my office tomorrow at CICC.” 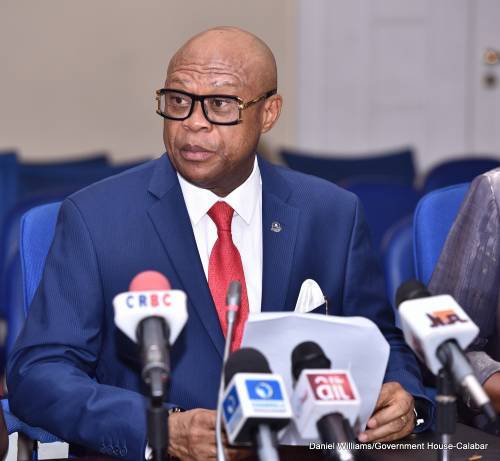 GHC/Dan Williams.
The other indicted politician Mr. Udiba Udiba, the State Director-General of Bureau of Public Private Partnership collected N1.1 million without accounting for it, according to the audit report.

Mr. Edem Offiong, a BPPP Cashier was also charged with issuing receipts amounting to N100,000 as registration fee but did not account for the money he made from the receipts.

“The documentation and approval is available but this is mischievous,” Udiba told CrossRiverWatch.

He declined further comment on the indictment, insisting that he did not want to be distracted.

A source in BPPP who spoke to CrossRiverWatch on the condition of anonymity for security reasons, said: “The Auditor-General didn’t explain it properly. The N1,100,000 is not for 2020 as he made it seem. It’s an accumulation from 2016.”

The source pointed out that “the registration fee he called illegal is PPP council registration fee capped at N100,000 per project and an account exists for that which is the imprest account for the office.” 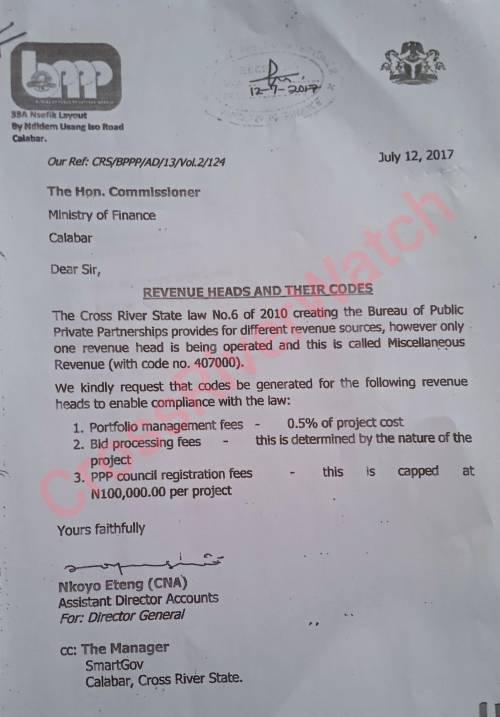 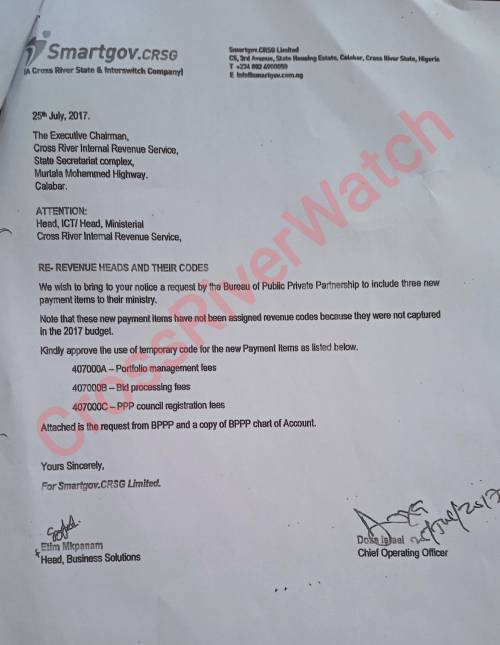 Abusers Of Power Should Be Brought To Book
Barrister Akwaji Don-Henry, an open governance and accountability crusader said those indicted in the audit report should be charged to court.

“Abuse of power is unlawful,” said Don-Henry. “Anything not properly done is unlawful and when something is unlawful it is against the rule of law. If anyone does anything outside the scope of the law, the person is no longer acting on behalf of the state which is the owner of the law,” he added.
Akwaji further stated that

“acting to your wings and capricious will amount to penalties. If anyone abuses the office given to the person that means the person has departed from the mandate that is entrusted to him and the person must be brought to book.”
However, the member representing Biase in the House of Assembly, Hon. Ogbor Ogbor who is the Ad Hoc Committee on Public Accounts Chairman confirmed to CrossRiverWatch that his committee received the report and had met with the Auditor-General.
“All I can say is that, with the report sent to our committee, we had a fair hearing meeting with the Auditor-General, Accountant-General and some other key officers involved,” Ogbor said.

“The next stage is to invite the MDAs involved. It is not right talking about it though. We have not looked at it thoroughly. The NLC strike is what is keeping us. Once the strike is over, we will meet with the MDAs.”

– This story was produced in partnership with Civic Media Lab under Grassroots News Project.

I Stopped Attending Church Because Of Buhari – Femi Adesina