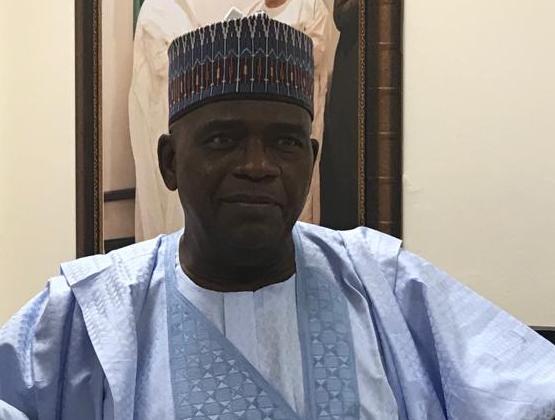 Former Gombe Governor Senator Danjuma Goje has narrated how the aide-de-camp of Governor Inuwa Yahaya allegedly blocked and attacked his convoy while on his way to attend the wedding of his granddaughter, Fatima Abdullahi Musa in Gombe town.

Goje, who is the Chairman of the Senate Committee on Marine Transport, in a statement by his media aide, Lilian Nworie, in Abuja, said he arrived Gombe from Abuja via Gombe Airport in Lawanti, peacefully until the Governor’s aides blocked the road.

“The Distinguished Senator’s trip was peaceful until when the governor’s aides, including his aide-de-camp and his personal driver, blocked the road. For two hours, they unleashed terror on Senator Goje and those in his convoy.

“It is unfortunate that one life was lost and many cars vandalised including the Senator’s vehicle. They smashed the windscreen.

“All efforts to make the Governor’s aide-de-camp remove the blockade yielded no result as he insisted that he got instruction from above that the former governor should not be allowed into the town,” Nworie said.

She said the Governor’s driver, Aminu Hula and Gombe State APC Youth Leader, Kawu Lero have been arrested by the State Police Command.

“They have been arrested but the aide-de-camp who led the people to attack the former governor had since returned to those who sent him.

“The aide-de-camp said he was acting based on orders from the above. In this case, it is his boss, Gombe State Governor,” she said.

She however said that the former Governor as a peace-loving leader of the State has urged his teeming supporters to be calm and law-abiding and called for an independent investigation of the incident.

Related Topics:by GojeHow Governor’s aides attacked me in Gombe
Up Next