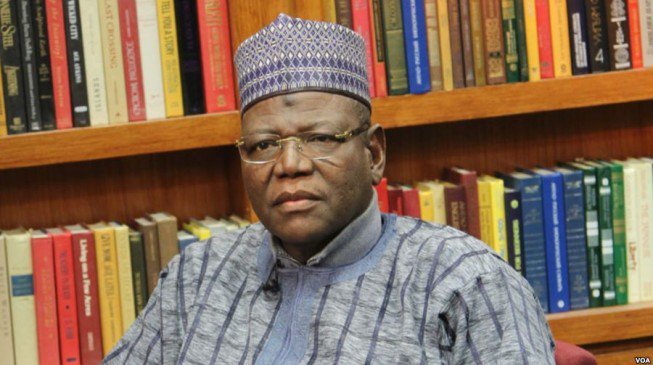 A former Governor of Jigawa State, Sule Lamido, has recalled how he was put in prison for challenging former military head of state, Sani Abacha, in 1993.

In an interview with Trust TV, Lamido stated he formed the G9 and G18 groups with late Bola Ige, late Solomon Lar, Adamu Ciroma and other leaders to challenge Abacha from taking over the government.

Lamido stated that the leaders opposed Abacha’s transition programme after the annulment of the June 12 election and some of them were arrested and kept in prison for years.

He noted that the leaders fought Abacha in order to restore hope to Nigerians, and have a very genuine democracy that should be able to unite Nigeria.

Lamido said: “Arising from the outcome of June 12, the country went through a crisis and lack of trust.

“There was mistrust in the land when Abacha came on board, we felt that we needed a very genuine democracy which should be able to unite Nigeria, restore trust and love.

“When Abacha was nursing his transition ambition, we felt that it will not work. We the G9, late Bola Ige, Late Solomon Lar, Adamu Ciroma and others formed the G9; we believe, you cannot heal Nigeria if you don’t address June 12. We said, what do we do in this new transition?

“We formed the G9 to fight Abacha transition ambition and not his government. After that, we formed the G18; we wrote a memo to Abacha challenging his transition. Solomon Lar said of all of you, I am the eldest; let me take it to him; in the event, I’m picked up, you will disappear from the scene.

“That same night, I and Rimi were picked up by the SSS and we were only released after Abacha died. When Abacha died, Rimi and I were released from prison.”

The governor said the group met and discussed how to form a political party that will engender trust, leading to the formation of the PDP.

Lamido said the founding leaders of the PDP decided to field former President Olusegun Obasanjo from the South West instead of Alex Ekwueme in their quest to heal the wounds of June 12.

Related Topics:How I Was Imprisoned For Challenging Abacha In 1993 – Lamido
Up Next

Many Nigerians Not Benefiting From Health Care Fund – SGF