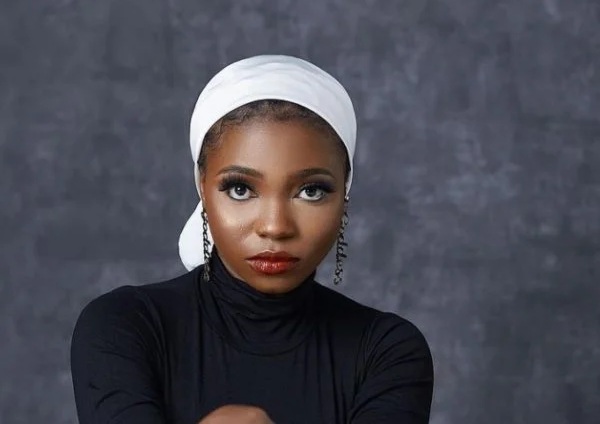 Maryam Apaokagi, Nigerian comedienne better known as Taaooma, has broken her silence over her recent meeting with Vice-President Yemi Osinbajo.

Taooma was among a delegation of skit makers who visited the vice-president under the aegis of the Nigeria Skits Industry Awards (NSIA) at the presidential villa on Wednesday.

The event has since become a subject of heated discussion among Nigerians on social media, with many users questioning the rationale behind it.

Taaooma has also been at the receiving end of intense criticism for accepting the invitation to meet Osinbajo.

But in a now-deleted Twitter thread, shared on her Instagram stories, the entertainer apologised to those who felt offended by her action.

Taaooma also disclosed that she initially declined the invitation but later changed her mind.

“I was going to wallow in my ‘shame’ and keep mute. But with the way it’s going, it seems the wound will keep getting deep. The organizer of the “skit awards” needed more publicity for the event, secured a meeting with the VP and invited so many ‘skit makers,” she wrote.

“I also declined at first as many others. But then, at the die minute, I gave it a rethink: what if I pull a Trojan? Gain access to the state house with this ‘skit awards’ thingy and say my mind on hot issues.”

Taaooma said her original plan was to stream the event so the public could have knowledge of issues discussed at the meeting but security operatives collected their devices.

“Unfortunately for us, after passing through many security checks all our electronic devices were collected. I couldn’t even go live or record videos,” she added.

“All I did was do what others didn’t want to. And trust me, the VP himself was shocked when I started speaking about those issues as that wasn’t his expectations.

“I’m really sorry if I have offended anyone by going that way, but I achieved my aim. I said all I could straight to the VP. The VP’s media team were in charge of photos and videos, I might have fully declined if I knew that I won’t be able to go in with my camera or phone.

“The pictures taken after were sent to the ‘skit awards’ PR team. That’s why the photos went out before we got our own hands on it. I started getting tags and some even said I was being ‘called out’.

“My plan was to get the video as soon as it’s ready and post it. But I had no -ice than to immediately post the available photo and state what happened at the meeting.

“I hope when the video is ready, everyone will know I’m saying nothing but the truth and my conscience is clear. Once again, I apologize deeply to everyone who felt disappointed.”

The comedienne said she had clear intentions joining the team that visited the presidential villa.

“Hey guys, I’m apologizing once again. I had clear intentions and nothing more,” she added.

Related Topics:‘I had clear intentions’ — Taaooma apologises over meeting with Osinbajo
Up Next

Actress Ada Ameh Speaks On Having Early S3x, Reveals Why She Got Pregnant At 13