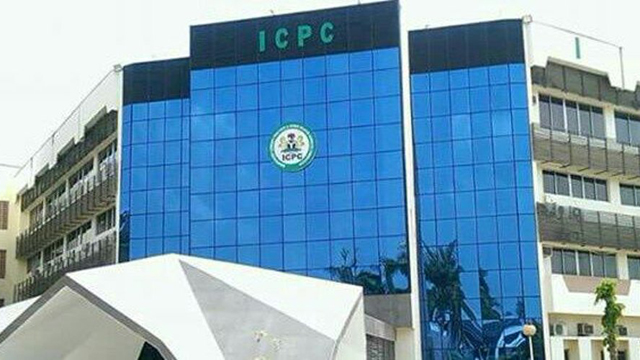 The Independent Corrupt Practices and other related Offences Commission (ICPC) has received an advance of N51 billion promissory notes from real estate developers in the Federal Capital Territory.

The commission also recovered 241 houses and 60 buildings on a large expanse of land from public officers. This followed the commission’s joint investigation with the defunct special presidential investigation panel on recovery of public property, which investigated some real estate developers, who defaulted in remittance and payment of money due to government.

It also said that public office holders top list of fraudulent investors in the real estate sector in the nation’s capital and involved in illicit financial flows in the country.

Chairman of the commission, Bolaji Owasanoye, who appeared before the House of Representatives Ad Hoc Committee on operations of real estate developers in the FCT, said such officers acquire estates in pseudo names to conceal the illegal origin of funds.

This, he said, is made possible by the absence of proper documentation, registration of land titles and estates and the non-enforcement of beneficial ownership standards.

“A tour of Abuja metropolis shows a lot of estates built up are empty. If they had been constructed with funds that were borrowed at market rates, I don’t think any investor would allow such proprieties to be empty. Some of those estates were used to launder ill-gotten public funds,” he said.
Besides, the ICPC boss noted that major culprits and criminals, who are encouraging illicit transations are staff of the Federal Capital Development Authority (FCDA) and their land collaborators.
Furthermore, Owasanoye accused some members of Real Estate Development Association of Nigeria, (REDAN) of accessing funds from Federal Mortgage Bank of Nigeria (FMBN) for mass housing, but diverting same to construct private estates, which are sold at exorbitant prices to the general public, excluding public officers, who are intended beneficiaries of the projects.

He said: “By the original concept of the mass housing policy, developers are supposed to profile and forward names of allottees to FCDA to issue certificate of occupancy. But developers do not comply with these policies and subscribers are often left at their mercies, holding only letters of allocation without a proper title to land.”

The intervention of ICPC, Owasanoye noted, has led to recoveries on behalf of some allottees for FMBN, FCDA and other stakeholders.

Osinbajo To Represent Buhari At ECOWAS Summit In Accra

SERAP opposes Buhari’s N26b vote for travels, meals, others in 2022