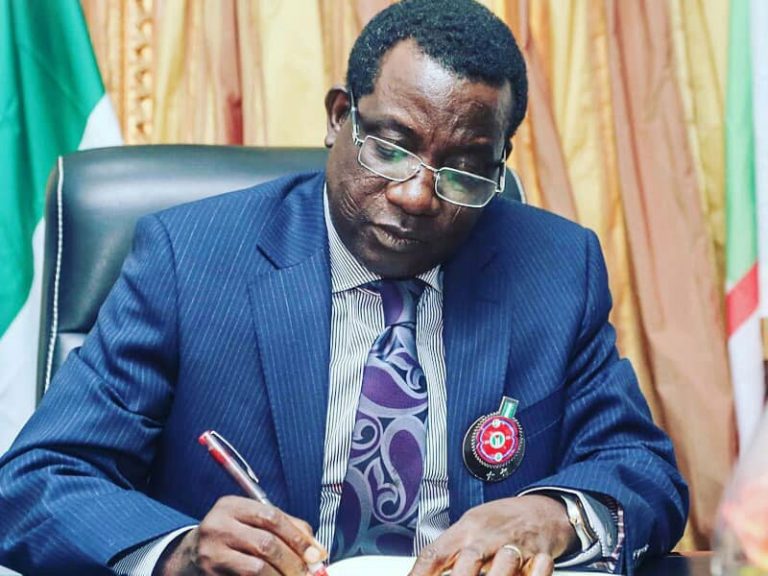 Governor Simon Lalong of Plateau State says the invasion of the Jos Correctional Centre by unknown gunmen on Sunday calls for serious concerns.

In a statement on Monday signed by his spokesman, Makut Macham, the governor described the jailbreak as unfortunate which could have been avoided.

Lalong also strongly condemned the attack and asked the Federal Government to apply a holistic approach in order to stop such attacks and jailbreaks from happening in the future.

He also urged the government to guarantee the safety of inmates, correctional officers, and the larger society from criminals who choose to attack such prison facilities.

The governor, however, commended the Police and other security agents in the state for repelling the attack on the federal facility by the gunmen.

He also applauded the state police command for re-arresting nine inmates that escaped from the facility and called for immediate security boosting around all custodial facilities in the state.

Lalong urged residents to remain calm and go about their legitimate duties and report any suspicious activity in their areas to the police.

The statement said, “Plateau State Governor, Simon Lalong has condemned in strong terms the attack on the Medium Security Custodial Centre in Jos which took place on Sunday when gunmen reportedly stormed the facility in large numbers with sophisticated weapons.

“Governor Lalong while condemning the unfortunate incident however praised the gallantry of officers and men of the Jos Custodial Centre who rose to the occasion to thwart the plans of the criminals whose mission was to facilitate the escape of inmates and also cause destruction to the facility.

“Lalong also praised the quick reaction of other security agencies including the Police, Operation Safe Haven, DSS, NSCDC and Operation Rainbow who responded swiftly to the situation and took charge of the general area leading to entrapment of the assailants as well as the arrest of fleeing inmates.

While describing the sad event as one too many in the nation’s correctional system, Lalong said it was high time a holistic approach is applied in bringing such attacks and jailbreaks to an end in order to guarantee the safety of inmates, correctional officers, and the larger society from criminals who choose to attack the very essence of Nigeria’s legal system by disrupting law and order.”