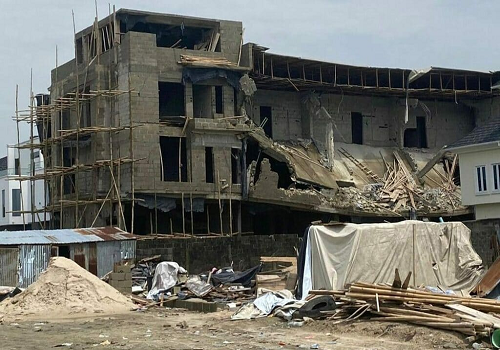 The building, which was under construction, partially caved in after Monday’s evening heavy downpour.

The picture of the collapsed building was displayed on the Twitter handle of @SkyGospelNewsT1.

Efforts to reach government agencies and officials were not successful. Director-General of the Lagos State Emergency Management Agency (LASEMA) Femi Oke-Osanyintolu did not answer his calls.

Related Topics:JUST IN: Another Lagos building caves in
Up Next