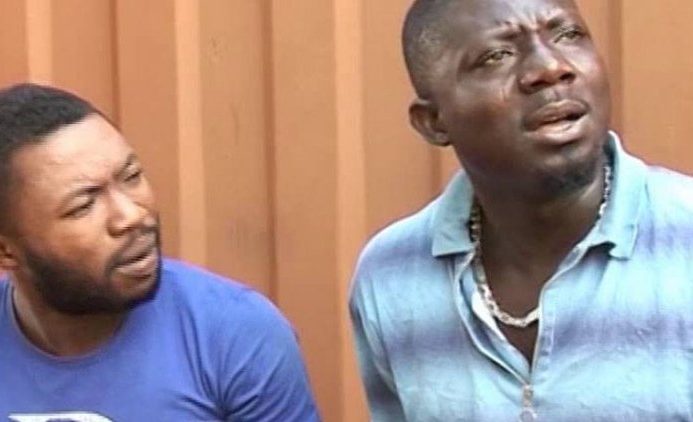 A lady has reportedly absconded after her boyfriend sent her a sizeable sum of money higher than what she was expecting.

A tweep known as @Austeiin on Twitter shared the story on the microblogging platform. He revealed that the affected man was hesitant to date the girl but he gave in when she insisted on wanting them to be more than friends.

She had asked her man to assist her with N200,000, but he appeared to have mistakenly transferred N2 million to her.

After she received the money, the lady blocked her boyfriend and was no where to be found.

“Nigga told you he doesn’t want any emotions attached to una friendship. But you claim you love him & want more than friendship. Son of man decided to give in. You asked of #200k for assistance, nigga sent you $42MiIlion Instead. Next thing is to block nigga for 2months & ghost!” 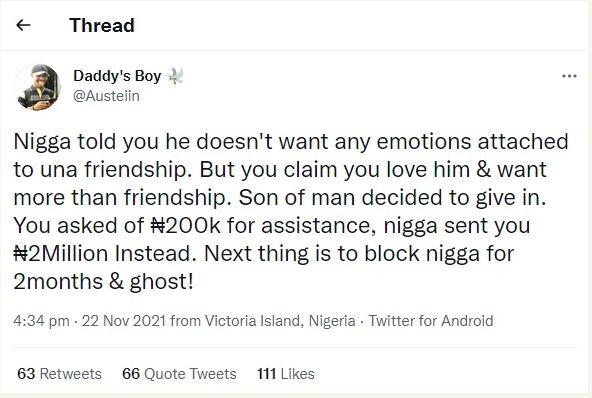 Related Topics:Lady Blocks Her Boyfriend & Disappears After He Sent Her ₦2M Instead Of ₦200k
Up Next