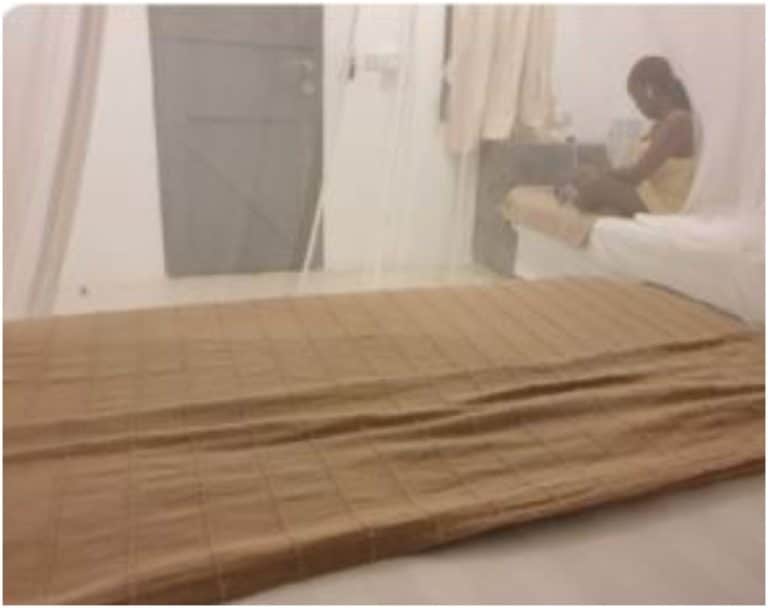 A Nigerian man simply called Mullahco has taken to his social media to reveal what he did to a lady who refused to have s3x with him while on a one-week vacation.

According to @Mullahco, in a series of threads, narrated how he took a lady for a one-week vacation and she refused to sleep in his bed.

Mullahco revealed that the lady called her friends, telling them she was coming back in a week, unknowingly to her, he had other plans.

As a way of getting back at her, he moved her return flight ticket for the next day and she had to move from the hotel at 9 am for the 4 pm flight.

He then went on about how she made frantic efforts to change his mind which was already made up.

He stated that the night before the day she was suppose to leave the lady tried all she can to seduce him but his mind was made up, he vowed not to touch her till the next morning.

Read the thread below; 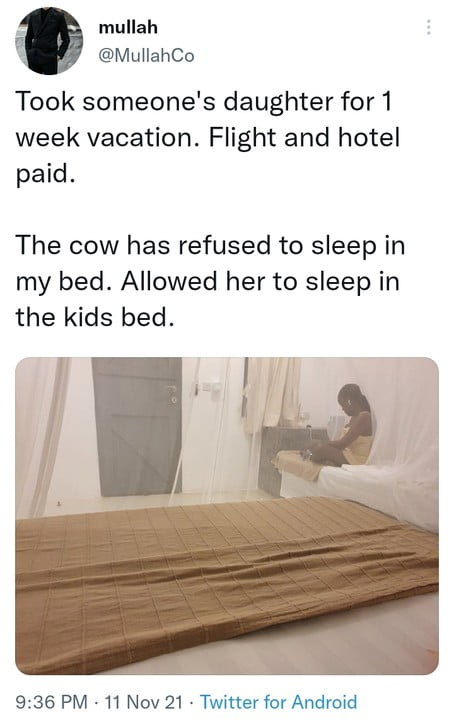 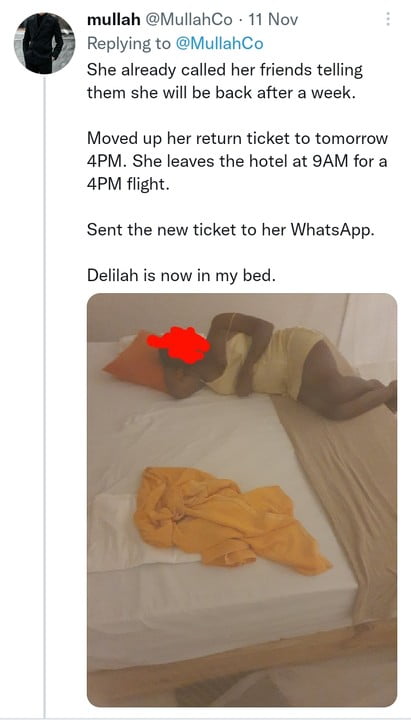 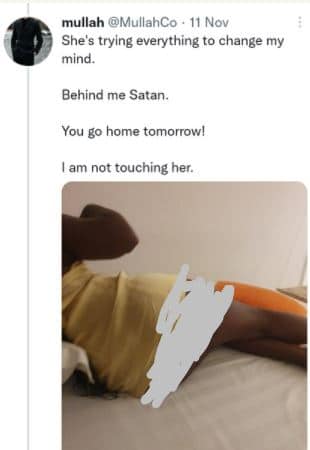 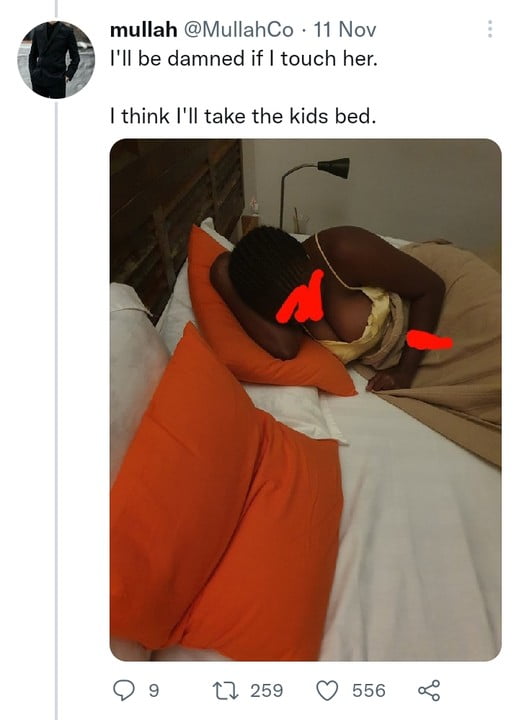 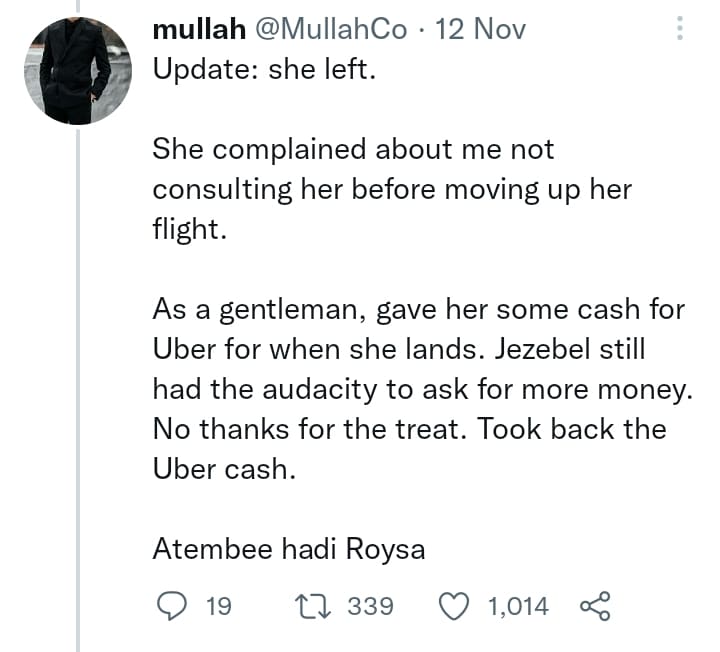 Related Topics:Man Reveals What He Did To A Lady Who Refused Him S3x While On Vacation
Up Next