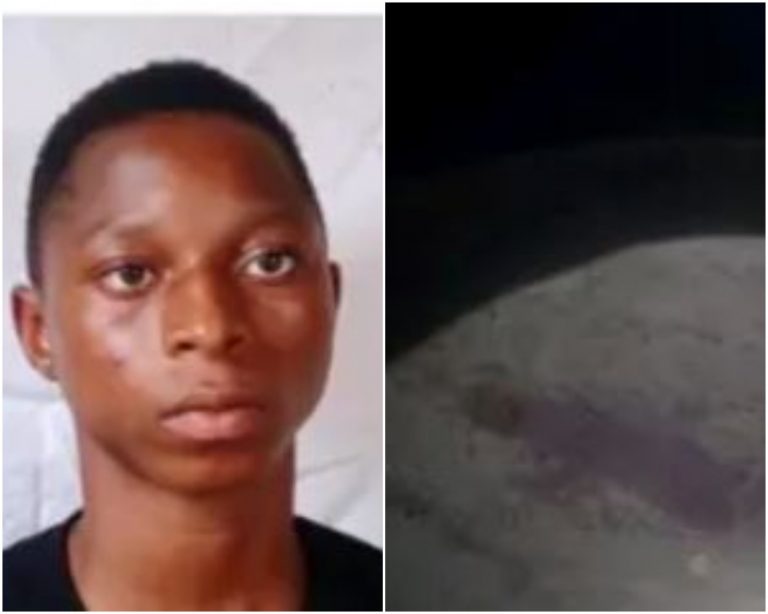 A young man identified as Samuel has reportedly been stabbed to death by suspected phone snatchers in Delta state.

According to Akpe, a friend of the deceased, the incident happened behind God-Grace Ministry in Jesse Town, Ethiope West Government LGA on Wednesday evening, November 10.

It was gathered that the attackers demanded his phone but the deceased refused to hand it over to them hence they stabbed him to death.

“In an attempt to snatch Tecno Phone of 20k, Jesse boys has stabbed this Innocent Soul to death behind God-Grace Ministry Jesse Town, between 6:30pm – 7:00pm today 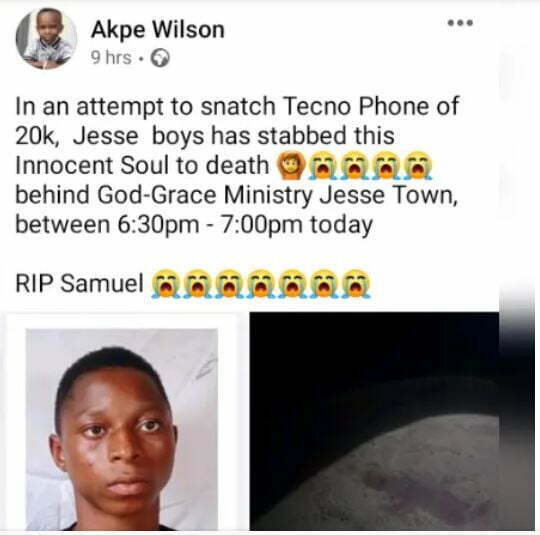 Meanwhile, a popular cyclist, identified as Afolabi Mabogunje, has died days after he was stabbed in the neck by armed robbers in Lagos.

A close friend of the deceased named Seun Oloketuyi who used to be a cyclist until four months ago narrated how Afolabi was attacked and robbed at Shodex in Anthony.

According to Seun, Afolabi’s jugular vein was breached which led to his transfer to Luth for surgery leading to his death as he never came out of coma.

Sharing photos of late Afolabi, he wrote; “So I lost a very close cyclist friend of mine today. We did all the crazy circuits day and night. I can’t remember many rides in Lagos without him. Last Thursday, he was attacked at Shodex (our meet up point) in Anthony by robbers.”

Related Topics:Man Stabbed To Death By Phone Thieves In Delta
Up Next