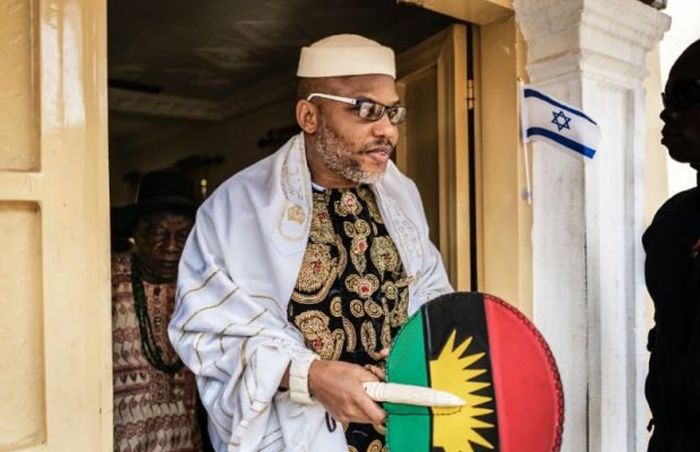 Members of the Indigenous People of Biafra, IPOB, have gotten assurance from their leader, Nnamdi Kanu that he will be released soon.

The IPOB leader explained that he committed no offence to warrant his rearrest by the Nigerian Government.

Kanu’s resolve was disclosed by his lead counsel, Ifeanyi Ejiofor, in a statement he issued.

Ejiofor disclosed that the legal team was working seriously to ensure Kanu’s release.

“Onyendu is very much strong in his conviction and has remained unshaken, believing most strongly that he will regain his freedom soon because he has not committed any offence known to law.

“Our Client – Onyendu Mazi Nnamdi Kanu is not oblivious of the antics of his detractors, who are desperately working day and night to enthrone confusion and destroy all he has laboured for years to build. To that end, he advised his followers to remain more vigilant now than ever. He emphasized that this is indeed perilous times.”

Kanu expressed gratitude to his followers for standing by him.

Kanu, who was rearrested in Kenya earlier this year, would continue his trial at the Abuja Federal High Court.

Related Topics:My Freedom Is On The Way — Nnamdi Kanu Assures Supporters
Up Next